Ten countries, including five European Union (EU) member states, have now lined up in support of a landmark resolution to increase transparency of drug prices globally, which is expected to be a key focus of deliberations by WHO member states as they convene for the 72nd World Health Assembly (WHA), May 20-28 in Geneva.

Meanwhile, an updated version of the draft resolution, Improving the transparency of markets for medicines, vaccines and other health-related technologies, obtained by Health Policy Watch from the official Italian government source, goes beyond the earlier version with further, far-reaching proposals for reshaping the landscape of health-related research and development (R&D). 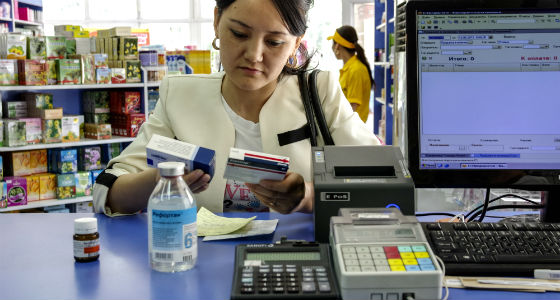 For instance, the new iteration asks the WHO Director-General to create an expert forum of industry, civil society and others to consider “suitable options for alternative incentive frameworks to patent monopolies for new medicines and vaccines.” Such incentives “could better serve the need of Member States to attain Universal Health Coverage and the need to adequately reward innovation,” it suggests.

Clauses related to proposed WHO functions have also been strengthened and streamlined in the new draft, which is to be further reviewed by member states at meetings in Geneva on 7 and 10 May, according to WHO’s Informal list of Intergovernmental Meetings, planned for the run-up to the WHA.

For instance, while the earlier draft asked WHO to “collect and analyse data on health technologies of public health importance”, the new version asks WHO to support member states in a detailed list of tasks, including “collecting, analysing and creating standards for information on prices, reimbursement costs, clinical trials outcome data and costs for relevant policy development and implementation towards Universal Health Coverage (UHC).”

The updated resolution also strengthens the overall link between affordable medicines and global UHC goals, “noting with concern that the high prices of medicines impede progress for the many countries that have committed to the attainment of Universal Health Coverage.”

And it makes careful reference to other milestones and precedents, such as the “consensus reached” at the WHO co-sponsored Fair Pricing Forum in South Africa “to promote greater transparency around prices of medicines, vaccines and health technologies,” and the World Medical Association’s Declaration of Helsinki on the ethical imperative of publishing clinical trial results, including negative and inconclusive results.

The backing by five EU members for the beefed-up resolution “shows that this initiative has legs,” observed a civil society source close to the issue. “The winds of change are sweeping across Europe,” said the source adding that the resolution would “level the playing field and end the asymmetric access to knowledge including R&D costs and pricing,” for high-income as well as low- and middle-income countries.

Civil society advocates have voiced high hopes that passage of such a resolution would give WHO a strong global mandate to track and compare drug prices nationally and worldwide, as well as asking national governments to take measures to improve price transparency. That, advocates say, would help bring down high prices of certain lifesaving therapies.

“There is now a global urgency due to high drug prices leading to avoidable deaths and suffering of people in need of lifesaving medicines and overstretched health systems,” Gaelle Krikorian, of the Médecins Sans Frontières (MSF) Access Campaign told Health Policy Watch, following an MSF press briefing yesterday on the drug transparency and pricing issue.

“The resolution being tabled at WHA in May will provide a great impetus for governments to make bold commitments to fair medicines pricing and mandate complete disclosure of the real prices at which medicines are sold.”

The resolution was originally floated in February by Italy’s Minister of Health Giulia Grillo, in a letter to WHO Director General Dr Tedros Adhanom Gheybresus.

In March, Grillo along with colleagues from Italy’s Italian Medicines Agency and Ministry of Foreign Affairs held a press conference to promote the initiative. The Ministry also publicly circulated an open letter signed by over 100 civil society groups and experts calling for approval of the resolution that they said would end “confusion about basic facts related to prices, research, development costs and other aspects of the value chain for medicines, vaccines and health technologies.”

Read the full text of the draft resolution here.

Beatrice Marone contributed to this story.