A slew of new and repurposed public health technology has been rapidly developed in the wake of the COVID-19 pandemic. But in the whirlwind of contact tracing apps, artificial intelligence, and location tracking being used for public health surveillance, old ethical dilemmas have resurfaced around who is actually benefiting from these technologies.

“The question remains; will digital technologies save us from the pandemic?” asked Katerini Storeng, associate professor and deputy director of the Independent Panel on Global Governance for Health, Centre for Development and Environment, University of Oslo.

The answer is a resounding, “no” according to a panel of global health policy, governance, and anthropology experts from The New School, University College London, the Center for International Governance Innovation (CIGI), and Simon Fraser University. The panelists were speaking at the third webinar in the Global Pandemics in an Unequal World series, co-hosted by Health Policy Watch, The New School, and The Independent Panel on Global Governance.

“I would argue rather than something new, it’s an intensification of what was already there,” said Stephen Roberts, assistant professor at the University College London.

Sean McDonald, senior fellow at the Center for International Governance Innovation (CIGI), even declared the debate around public health technologies a “digital governance emergency” months before COVID-19 was declared a pandemic, saying “hard learned” lessons from previous epidemics such as those learned from the recently quashed Ebola outbreak in the eastern Democratic Republic of the Congo. The nearly two-year long ordeal was declared officially over by DRC officials just hours before the panel.

“A lot of what we saw in the Ebola epidemic was a sort of similar push to big data analytics, doing sort of analysis in public health care without the public,” said McDonald. He pointed to the use of ‘technology theatre’ – or the use of expert debates about the technical features of a tool, rather than the equities or power relationships that tool might affect – to make decisions regarding the use of new technologies.

There is a concerning lack of oversight for how digital technologies are screened, according to the experts. And there is evidence that some technologies aren’t very useful for public health means, and could be weaponized against vulnerable populations.

Unlike new vaccines or drugs, digital technologies don’t often go through an extensive vetting process including debates around equity and inclusion, said Manjari Mahajan, co-director of the India China Institute at The New School.

“What kind of data and knowledge is going to be produced [by these technologies] to know populations and know the problem? How will this affect minorities, marginalized groups, free speech issues?” poised Mahajan. “And another issue, which has not really been discussed explicitly enough, is how is this really reconfiguring citizenship, and the geography of placemaking rights… and the relationship of citizens to states?”

“So here’s a technology that is assumed to be unbiased and objective and apolitical, and yet the enforcement of social or physical distancing is, in fact, done by  public servants who are well known now for discriminatory practices against racialized groups,” said Erikson, referring to recent reports from New York City of police officers doling out more punitive treatment of Black people violating social distancing policies.

Other Key Quotes From The Panelists:

Katerini Storeng, Associate Professor and Deputy Director of Independent Panel on Global Governance for Health, Centre for Development and Environment, University of Oslo. 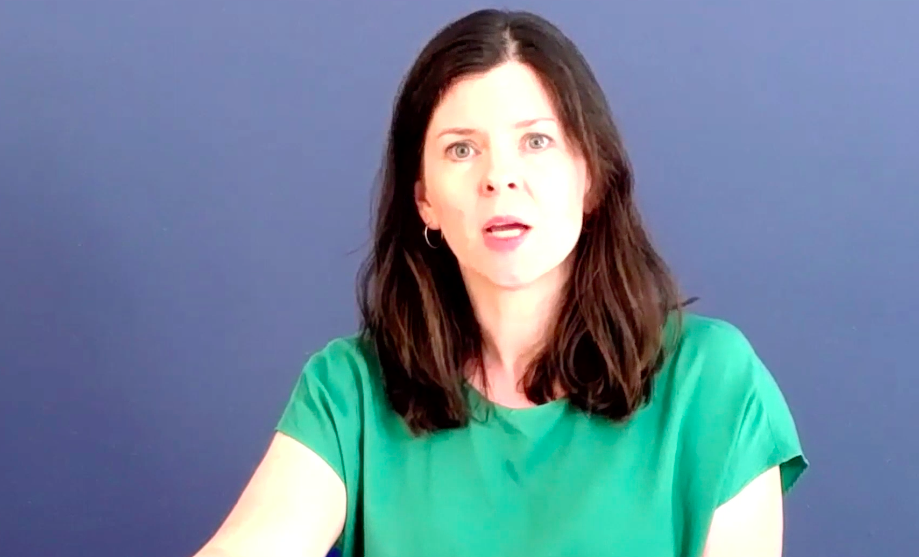 Over the past few months we’ve seen an explosion of new digital technologies such as contact tracing apps and mobile phone localization data, which is being used to model and monitor and control the pandemic. The use of such technologies that can invoke images that are quite dystopian of ‘Big Brother-type’ digital surveillance, but also invoke utopian hopes that technology will help curb the pandemic and allow us to somehow return to normal.

Of course these developments raised a number of crucial questions: can digital tech really replace old school public health measures? At what cost will new digital surveillance technologies benefit public health, or deepen existing inequalities and will they enable social control of vulnerable groups, or political opponents? Finally, what are some of the implications of the increasing role of Big Tech companies assisting governments with managing emergencies like COVID-19? 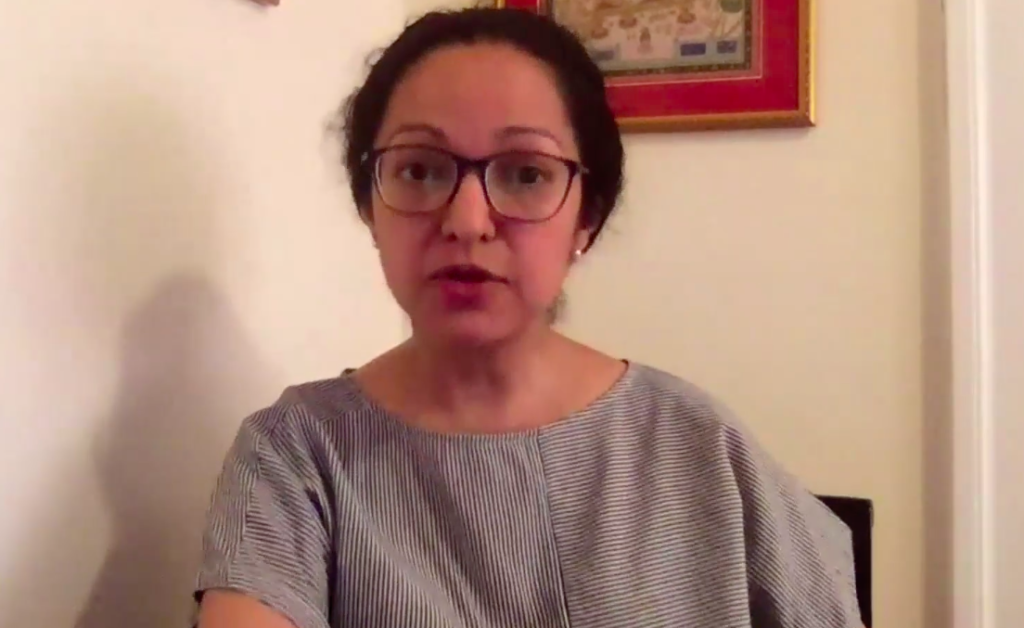 The discussion of digital technologies in India in the context of COVID, is revealing the fragility of the health, regulatory and public statistical systems. And at the same time, it’s diverting attention away from these institutional weaknesses. A lot of these digital apps and the data that they produce has become so attractive, especially in poorer countries, because they operate in the context of highly depleted public statistical systems. So you see that app-produced data is replacing statistics, because the alternatives has been historically sidelined.

But the domination of the discussion by contact tracing apps is distracting from other digital technologies which in some ways are shaping the response. In the context of India, platforms like WhatsApp are crafting entire new public spheres for disseminating information, misinformation, deliberation, dissent. And then there are a whole menu of technologies for service delivery – telemedicine portals or discrete apps funded by philanthropies for maternal health, hygiene, etc.

The digitization of infectious disease surveillance is not novel. We can trace things back as far as 25 years ago with techniques like Promail that essentially was an online listserv that sends alerts to policymakers about potential outbreaks. We are seeing a real intensification of techniques like facial recognition programs, artificial intelligence, and big data analytics, being rolled out in the context of this pandemic in a way that we haven’t seen previously. And we’re seeing Big Tech increasingly partnering with states to provide the infrastructures to track progress.

In most previous contexts in which algorithmic decision making has been applied, the defining feature that we continually see is that the data collected by these opaque processing systems are inherently biased, and they increasingly and consistently have impact on overly surveilled communities – marginalized communities and communities of color. And we see the Black Lives Matter movement around the world which is telling us that much of the data collected from societies is inherently biased and racist. We need to look out for these same tendencies and dangers within health surveillance during COVID as well. 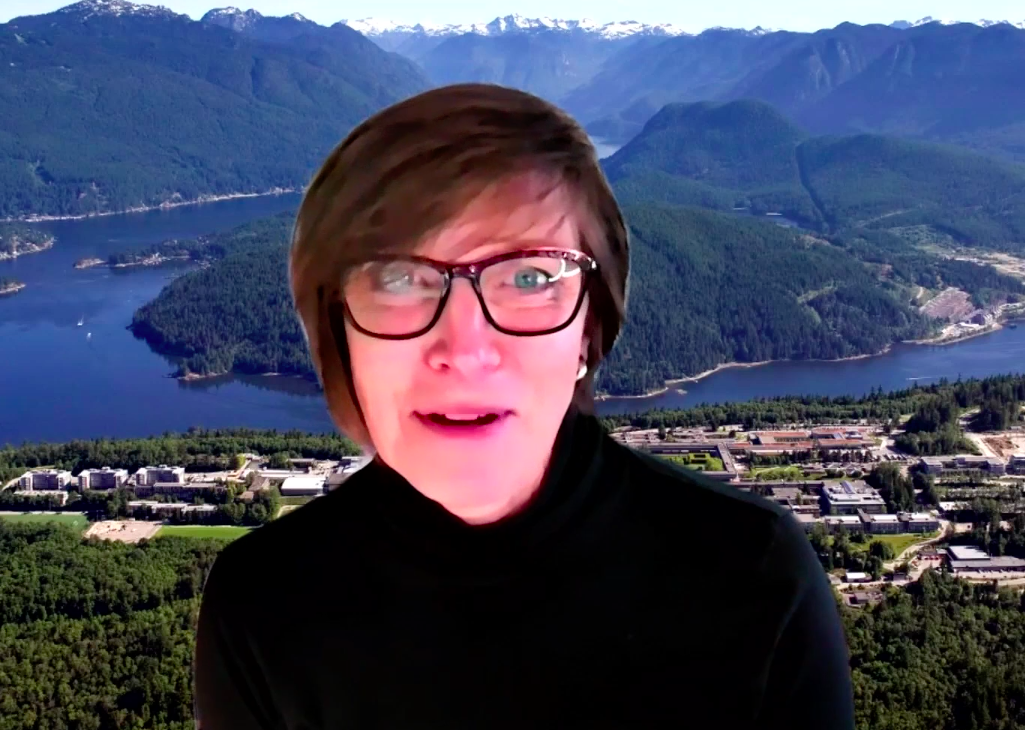 There’s this question of whether or not these apps actually work to both reduce human suffering and meet public health needs. And there’s a lot of evidence to suggest that they’re not, so then what are they actually doing? I think a political economy analysis is really essential to the conversations that we’re having.

The fact is that for the last four decades, we haven’t worked very effectively at keeping businesses in check, and now there’s a knowledge divide between the policymakers making decisions and the tech folks that know how these things work. And that knowledge divide is pretty detrimental to rolling out technology that can help us achieve the equity goals that governments are here to defend, and businesses have very little interest in preserving.

One of the problems with algorithms, is the assumption for people who really aren’t looking too closely at them, that they are unbiased and objective. But because algorithms are written by humans, they are inherently biased. And how far can humans get away from subjectivities? At this historical moment the work is really about just getting people to acknowledge that data itself is biased and the algorithms are opinions embedded in code.

‘Technology theatre’ is a term about the use of expert debates about the technical features of a new tool, instead of a meaningful conversation about the equities and power relationships they may affect. You know, Norway and Lithuania both shut down their contact tracing apps as being not necessary. The heads of almost every major contact tracing program that has achieved any legitimacy has said that the benefits of the technology are marginal at best, if not actively harmful as in Israel.

And another issue: you can’t ‘technologize’ trust. So for example when I worked on the Ebola response, people were sending more than 300 separate SMS based interventions during the Ebola response. The question became; how many text messages from a stranger would it take to convince you to change the way that you buried someone? Because that would help stop and slow transmission, since burial rituals involved a lot of touching. No number of text messages will do that. And the value of human contact tracing is that it connects you to an institutional care setting, whereas digital tracing does not do that as directly.