A third shot of the Pfizer mRNA COVID-19 vaccine boosted vaccine effectiveness against infection, which had been diminished five to six months after the second vaccine dose, according to a study of over 12,000 healthcare workers released this week by Nature.

The study was conducted in Israel by Sheba Medical Center and involved 12,413 health workers (HCWs). It was released on the heels of an earlier report by a separate research team at Ben-Gurion University who reported in Science of the Total Environment that, based on wastewater sampling, they predict a resurgence of the Delta variant and reports in the US media that the Centers for Disease Controls and Prevention is anticipating a COVID-19 surge in the winter.

South Africa also appears to have entered a fifth COVID wave, reporting a sustained rise in infections in recent weeks. Only 31% of the South African population is fully vaccinated, according to Our World in Data – and nearly all of those only with two doses.

The report is the first to present real-world data on vaccine effectiveness, safety and immunogenicity within a large cohort of HCWs in a large tertiary center. However, conducting the study among HCWs means that it does not represent the general population. 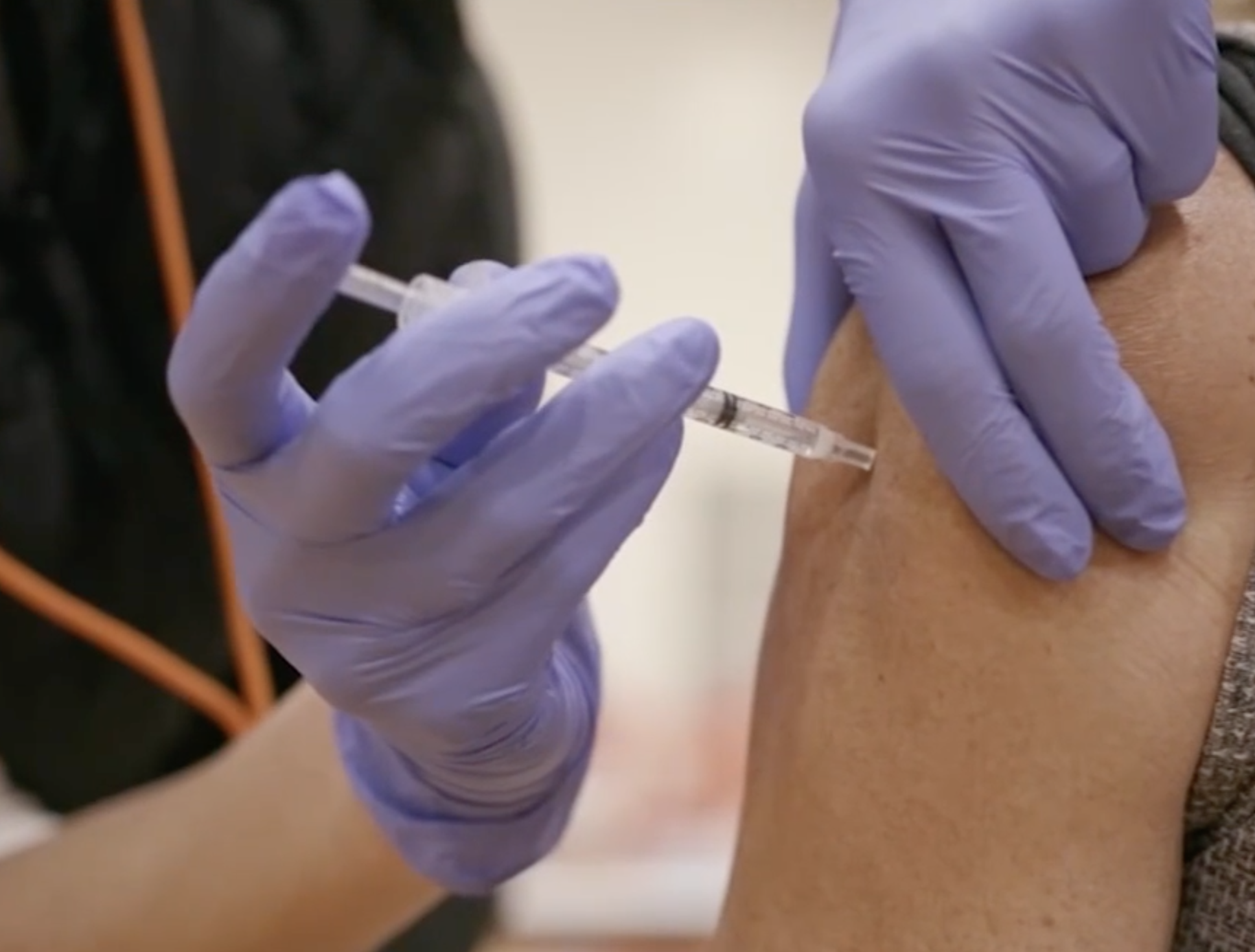 The Sheba team assessed immunogenicity, vaccine effectiveness and safety of the third Pfizer dose in a prospective cohort study of healthcare workers, which it has been tracking since the onset of the country’s vaccination campaign in December 2020.

No serious adverse effects were reported in either case.

Of 4,526 HCWs who were eligible for this part of the study, 1,047 serum samples from pre- and post-third dose time posts were evaluated. A 31-fold increase in IgG and neutralizing antibodies was observed after the third vaccine dose compared to after receiving the second dose and a 41-fold increase after the third vaccine dose compared to immediately before – five to six months after the second vaccine.

There was also a minor but significant increase in T cell activation, the study showed.

“IgG and neutralizing antibody results were available for 3,477 and 664 HCWs, respectively, after the second vaccine dose and for 1,232 and 692 HCWs after their third vaccine dose. A linear mixed model was used to examine the differences in immunogenicity across age, sex and number of comorbidities, comparing post-second dose IgG levels and neutralizing antibody titers. The estimated geometric mean titer (GMT) for IgG following the second dose, in binding antibody units (BAUs), was 1,586 (95% CI, 1,458–1,709), and for IgG following the third dose, it was 2,745. Thus, a 1.7-fold increase in IgG levels occurred after the third dose in comparison to after the second dose.

“Neutralizing antibody levels after the second and third vaccine doses were 646 and 3,948, respectively. The neutralizing titer after the third dose was thus 6.1-fold greater than that of the second dose,” they concluded.

Finally, in a third arm, Sheba compared COVID-19 infections among HCWs with two vaccines given at least five months previous compared to those who received three doses. There was data available for 12,290 individuals who had not been previously infected and were eligible for a third shot. In total, 407 HCWs tested positive for COVID-19 via a PCR test: 368 in the two-dose cohort and 39 in the three-dose cohort.

“After adjustment for gender, age and time (weekly period), estimated vaccine effectiveness against PCR-confirmed infection regardless of symptoms of the third dose relative to two doses was 85.6%,” the team wrote.

The safety arm, in which adverse events among those vaccinated with the third dose were assessed via electronic questionnaire resulted in no difference from a second shot.

The study was conducted when the Delta variant was dominant in Israel, and the researchers highlighted that the results could change with other variants of concern. Nonetheless, they said, “our immunogenicity data can be of great importance once vaccine penetration and correlates of protection levels are determined.”