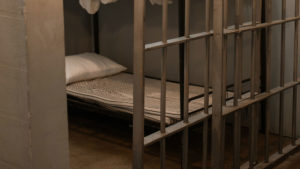 Most countries’ drug policies are misaligned with governments’ obligations to promote health, human rights and development, according to the first-ever Global Drug Policy Index, which was launched on Monday.

Drug policies that rely on criminalisation, police intervention and forced eradication have a detrimental effect on the health and human rights of the affected community instead of helping them, according to the Index, which ranked 30 countries.

Brazil, Uganda, Indonesia, Kenya, and Mexico had the worst drug policies, according to the Index. However, it did not rank the Philippines, a country whose “war on drugs” has led to the death of over 12,000 citizens.

At the other end of the spectrum, Norway, New Zealand, Portugal, the UK and Australia are the five leading countries on humane and health-driven drug policies.

Despite Norway topping the Index, it only managed a score of 74/100, while the average score for the 30 countries ranked was only 48/100.

“Forty-eight out of 100 is a drug policy fail in anyone’s book,’ said Ann Fordham, Executive Director of the International Drug Policy Consortium which led the development of the Index with the partners in the Harm Reduction Consortium.

“None of the countries assessed should feel good about their score on drug policy because no country has reached a perfect score, or anywhere near it. This Index highlights the huge room for improvement across the board,” she added.

For decades, tracking how governments are doing in drug policy has been an elusive endeavour, according to a press release from the Harm Reduction Consortium.

“In no small part, this is because data collection efforts by both governments and the United Nations have been driven by the outdated and harmful goal of achieving a ‘drug-free’ society,” it added.

Countries’ ranking is based on 75 indicators across the fields of criminal justice and response, development, health and harm reduction, availability and access to controlled medicine, and the absence of extreme sentencing and response.

The https://t.co/nJp9h8bX4p ranks countries based on:

Those countries that steered away from the health and safety aspects of drug policies generally impeded people’s access to harm reduction and controlled medicines, resulting in cases of abuse, violence and human rights violations, it said.

Julita Lemgruber, the former Director of the Prison System of the State of Rio de Janeiro, said that in Brazil, the war on drugs has been an excuse by the police to kill black young people in the poor regions in big cities.

“In Brazil, the police regularly kills approximately 4,000 people every year…this [index] is needed, it is urgent. We need more funding to get more countries measured. This will be key for actors in different areas,” said Lemgruber, currently Coordinator of the Centre for Studies on Public Security and Citizenship in Rio, at an online launch.

“The Global Drug Policy Index is nothing short of a radical innovation,’ said Helen Clark, Chair of the Global Commission on Drug Policy and former Prime Minister of New Zealand.

“Good, accurate data is power, and it can help us end the `war on drugs´ sooner rather than later.”

However, Clark added that the findings “paint a bleak picture of the state of global drug policy”.

“The success of drug policies has not been measured against health, development and human rights outcomes, but instead has tended to prioritise indicators such as the numbers of people arrested or imprisoned for drug offences, the amount of drugs seized, or the number of hectares of drug crops eradicated,” she added.

The index’s health and harm reduction showed that with the exception of Brazil, Indonesia, Jamaica, Mozambique and Russia, countries surveyed had explicit supportive references to harm reduction in national policy documents.

“If drug policies were not so punitive and were instead guided by consideration of health, we would see much lower rates of HIV in south-east Asia,” said Adeeba Kamarulzaman , President of the International AIDS Society.

The index shows a “shocking” lack of availability and coverage of harm reduction interventions, with only five countries reporting widespread access to needle and syringe programmes, opioid agonist (methadone) treatment in four countries, and distribution of naloxone in three. None of the countries in the report has a wide coverage of drug checking services.

There were major disparities in access to controlled medicines between countries in the  ‘Global North’ in comparison to those in ‘Global South’.

Access to harm reduction services is considered to be restricted in an overwhelming majority of countries for people discriminated against on the basis of ethnicity, gender identity and sexual orientation. Women and members of the LGBTQI+ community also face more obstacles to access to harm reduction in every surveyed country.

Inequality is deeply seated in global drug policies, according to the report.India, Indonesia and Thailand still have capital punishment for drug offences., while 24 of the countries surveyed impose mandatory minimum penalties for drug offences, most of which can be applied for first-time offences.

“We must emphasize the importance of evidence and rights-based drugs policy and index like this based on those questions should guide policymaking priorities and reforms for years to come,” Clark said.