Hidden amongst the thousands of Facebook pages given over to holiday snaps and gossip are groups of patients who have hepatitis C, a disease that affects more than 70 million worldwide and kills around 400,000 people a year.

But importantly, these groups of patients from Russia to Australia have got together to help each other import a relatively new class of drug that is able to cure most of the patients who take it.

These buyers’ clubs, as they’re called, are reminiscent of a Hollywood film Dallas Buyers’ Club, where a group establishes to access cheaper HIV drugs.

Dr James Freeman, who was behind the first hepatitis C buyers’ club in Australia and has consulted for others, said in an interview, “There are around a hundred of these around the world and the least one in every [high-income] country.”

The reason that these buyers’ groups have popped up is because many of the hepatitis C drugs on offer in their own countries are extremely expensive. Most can’t access these drugs through their health systems and have now, controversially, taken to importing them from cheaper sources abroad.

The originator companies that first brought these blockbuster drugs to market have offered them for has much as $84,000 for a 12-week course.

Of course, many countries have now negotiated much lower prices with the companies that make the drugs.

The problem is, prices are still not low enough to pay for everybody who has hepatitis C, according to governments, activists and many patients. As a result, only the sickest patients access the drugs, which are heavily rationed in many countries.

And that’s why buyers have now begun to get together to import them from countries where they are much cheaper, said Dr Andrew Hill, a pharmacology expert from the University of Liverpool, United Kingdom. He spoke last week at the World Hepatitis Summit in Sao Paulo, Brazil (1-3 November) and was to present data on the hugely varying cost of a 12-week course of sofosbuvir and daclatasvir, a common combination of such drugs, from $78 in India and $174 in Egypt, and US$6000 in Australia. but it is still $77,000 in the UK, and a staggering $96,404 the USA.

“The negotiated prices of the drugs from originators are still far higher than prices available from generic companies, so there is still a big incentive for people to import the drugs,” he said. “Very few people are aware that this is legal in a range of countries such Australia and the UK.”

Prices are so much lower in India and Egypt because generic companies sell them at close to cost price, according to Hill. They cannot sell their drugs within Europe, for example, because there is a patent.

Buyers’ groups are relying on a loophole that allows them to import small amounts of medication for personal use from generics abroad.

These so-called personal importation rules, were designed to allow patients to bring in small amounts of medication even if that medication has not been registered in the country; tourists can visit a country and bring their own medication, or foreign visitors can use their usual medication from home while working and living overseas.

The buyers’ groups are basing their actions on a few elements of the TRIPS agreement (World Trade Organization Agreement on Trade-Related Aspects of Intellectual Property Rights). The most important, Article 60, states that small quantities of goods of a non-commercial nature contained in travellers’ personal luggage or sent in small consignments are permitted.

Freeman said the size of “a small consignment” is not precisely defined within TRIPS but is usually interpreted within many national rules as under 2 kg.

How such consignments are bought and paid for, however, must be managed extremely carefully. “If I bought the medications and sold them to patients that would be illegal. Only licensed pharmacists can sell medications,” he said.

They work something like this: Buyers’ clubs act in the role of the patient’s agent. The buyer is the patient and they are exercising their rights, the seller is in the country of the medication’s origin and is operating within their laws, said Freeman. “Buyers’ clubs link the two – this is legal and no different from any other agent helping a person exercise a transaction,” he added. “So what buyers’ clubs do is de-risk the process, which is, after all a pretty uncommon way of getting a medication.”

Interestingly, several governments from Uruguay to Denmark are relaxing or have relaxed their personal import rules to help patients access drugs from abroad. Switzerland, for example, allowed just one month’s worth of medication to be imported. That has been extended to 3 months.

And at the end of March, Italian Minister of Health Beatrice Lorenzin issued a circular stating that patients and their doctors are allowed to import medicines authorised for sale in other countries for personal use when there is no therapeutic alternative authorised in Italy or when a treatment authorised in Italy is not accessible to patients due to restrictive prescription criteria or because it is too expensive for the patient.

“She did this with only a veiled reference to the high-priced hepatitis C (HCV) medicine sofosbuvir, marketed under the trade name Sovaldi,” Ellen ‘t Hoen at the Global Health Unit Department of Health Sciences, UMCG Groningen, said on her Medicines Law and Policy blog at the time.

But not all countries allow personal imports, however. The US is one example.

That said, individual US states are understood to be discussing strategies to access hepatitis C drugs, some related to personal importation. Louisiana, for example, is mooting the idea of using an old federal law known as 28 USC 1498, which permits the government to directly purchase drugs without regard to their patent status. 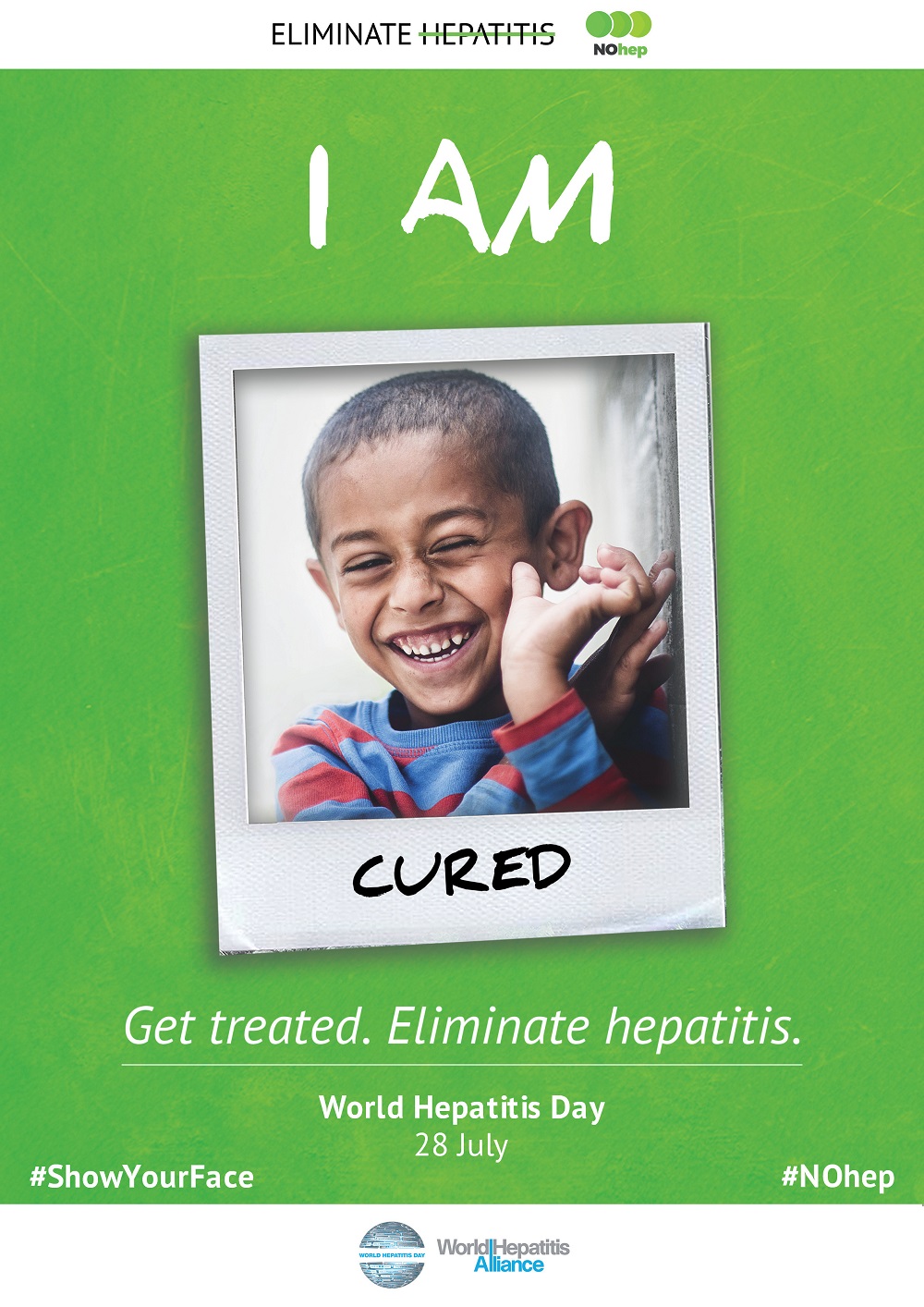 “The importation debate is really happening in the US as well, because the states cannot afford these hepatitis C treatments for their people,” said Tahir Amin, a lawyer at I-MAK, which is challenging the hepatitis C drug patents in various countries including the US.

Gilead said it has been working with national healthcare systems toward the goal of enabling unrestricted access to its curative HCV treatments. “Patients in most developed countries have access to our curative HCV medicines via their national healthcare system and do not need to resort to unregulated and uncontrolled buyer’s clubs to receive treatment,” said a spokesperson.

It said it is concerned with patient safety and that the patients cannot be sure what they are receiving through the clubs. “The source and quality of hepatitis C medicines secured through medical tourism and buyers’ clubs are unknown,” the spokesperson said.

Nevertheless, patients worldwide are looking at alternative methods to access the drugs; Irish citizens unable to import drugs are getting on the ferries to buy them in the UK, said FixHepC’s Freeman. Before the import rules changed, Italians were nipping over to Vatican City for cheaper drugs too, said Paolo Corciulo, of Cure-HepC, a company that provides hepatitis C treatment services.

He welcomes the changes, but says there are some drawbacks. For example, quite a bit of paperwork is required beforehand – such as an import request from an Italian doctor. “The main problem is that most of the doctors refuse to fill up the form. They don’t know the generic brand or they just don’t want responsibility,” he said.

Additionally, there are no guidelines on how to deal with reputable dealers, which may expose unsuspecting patients to unscrupulous criminals, he warned. Corciulo has opted instead to take patients to the drugs – 200 have already been on Hep C holidays to India. Here patients can buy the drugs at source and are treated by doctors at reputable Indian hospitals.

But many believe a more wide-reaching strategy is necessary. Countries such as Malaysia recently announced that it will override the patent, and issue a compulsory licence (CL) to import generics medicines so that more of its citizens can be treated.

It is unclear which countries may follow, said the University of Liverpool’s Hill, although Thailand and Brazil have historically issued the most CLs.

“The first step is for these countries to understand how much they could save by going down this path. Few countries realise just how cheaply these drugs can be made, and how much extra they are paying,” he said.