Children living with HIV in six African countries will soon get access to the antiretroviral (ARV) drug, dolutegravir (DTG), which is more effective, easier to take and has fewer side effects than many other ARVs.

DTG will soon be recommended for children in Uganda, Benin, Kenya, Malawi, Nigeria and Zimbabwe, Kenyan AIDS activist Jacque Wambui told Health Policy Watch. Wambui has been advocating for DTG for a number of years following her own struggles with ARV side effects.

“The drug I was using before was giving me dizzy spells and nightmares and I could not sleep. So when I heard about dolutegravir, I told myself, this is the kind of drug that I would like to use and I also want it in my country as soon as possible,” said Wambui, who is as an alternate representative for Kenya on the African Community Advisory Board (AfroCAB), a network of African HIV treatment advocates.

“We are excited that what happened for us will now happen to the children. With dolutegravir, treatment outcomes are better and you notice you are no longer lethargic. We’re having more productive lives,” said Wambui.

DTG also has a high genetic barrier to developing drug resistance, which is important given the rising trend of resistance to efavirenz and nevirapine-based regimens.

The World Health Organization (WHO) last week welcomed results of a study presented at the International Pediatric HIV Workshop on the superiority of dolutegravir (DTG)-based regimens in young children.

Last year, the ODYSSEY trial demonstrated superior treatment efficacy for DTG plus two nucleoside analogue drugs versus standard-of-care (SoC) ARVs in children over 14 kg with an average age of 12.

A follow-up study completed last month found that DTG is also superior for toddlers with a median age of 1.4 years. Only 28% had treatment failure by 96 weeks in the DTG arm in comparison to 48% in the SoC arm, and 76% of children in the DTG arm had undetectable viral loads (<50copies/ml) compared with half in SOC. 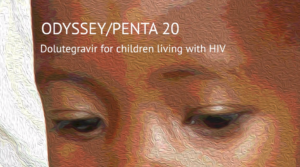 WHO recommends dolutegravir back in 2018

The WHO has recommended DTG as a first-line treatment for adults and children with HIV since 2018, but this has not been rolled out properly in many African countries, according to a presentation at the International AIDS Society (IAS) HIV science conference that opened on Sunday.

Of the 20 sub-Saharan countries with the highest burden of HIV treatment guidelines, only eight – Uganda, Rwanda, Botswana, Eswatini, South Africa, Tanzania, Zimbabwe, and Zambia – recommend DTG for adults in line with the current WHO guidelines.

Lesotho and Nigeria only recommend it as an alternative regimen, while Angola, Mozambique, Cameroon, Democratic Republic of Congo and South Sudan do not recommend it at all, according to researchers Somya Gupta and Dr Reuben Granich.

An initial study in Botswana had highlighted a possible link between DTG and neural tube defects (birth defects of the brain and spinal cord that cause conditions such as spina bifida) in infants born to women using the drug at the time of conception.

This potential safety concern was reported in May 2018 from the Botswana study that found four cases of neural tube defects out of 426 women who became pregnant while taking DTG.

Based on these preliminary findings, many countries advised pregnant women and women of childbearing age to not take it. Activists who met in Kigali and interrupted a meeting in Amsterdam helped to press for more research on DTG.

“There is a lot of exciting science, both in treatment and in prevention, but that is not why we do this work. It’s how people like Jacque and other advocates make it happen in terms of policies and programmes and actual work on the ground,” said Mitchell Warren, the executive director of AVAC, the non-profit HIV prevention organisation.

The researchers called for speedy processes to translate scientific research into policy and services at the IAS meeting.

“We are going to send out this information to caregivers. We’re even starting to develop materials for advocacy for DTG for children. We are also going to ask different ministers of health across countries to adopt it,” said Wambui.