DAR ES SALAAM, Tanzania — Salma Mahmoud sits under a Neem tree with her chin perched on her palms. She’s still moaning the death of her son Abdul, who died to cholera a year ago after guzzling suspected contaminated water.

“It was a painful family tragedy. I still don’t believe my son is gone forever,” she said as a trail of tears rolls down her cheek.

Mahmood’s misery seems unending. In May this year, her house in the impoverished Tandale slum was reduced to rubble, thanks to the floods that had inundated Tanzania’s largest commercial city – forcing a legion of families to trudge to nearby schools, seeking shelter.

The 39-year-old widow, who sells discarded plastic bottles to eke out a living, is currently squatting in a makeshift shack, which she erected after her home had been destroyed.

“I don’t have the money to build a new house. My children and I have to stay here for some time,” she told Health Policy Watch.

Mahmood recalls the horror of last year’s El Niño rains, which forced a gush of filthy water, infested with human excreta to swirl into her house— sweeping away her cooking utensils, while leaving behind bundles of rugs, coconut husks, plastic bottles and sticks.

“We were terribly shocked, I carried my children by the shoulders as we fled for our lives,” she said.

In this impoverished neighbourhood, every resident has the story to tell about how recurring floods have repeatedly wreaked havoc, triggering and waterborne diseases that have pushed them on the wobbly edge of survival.

“Every year we bury people who have died of cholera or diarrhoea,” said Issa Mwinyimkuu, a resident of Tandale.

Murky water fills a pathway riddled with potholes. A flock of ducks and ducklings lazily sprinkle water with their nostrils as they search for food in a stagnant pond.

Mahmoud, whose son is among many people in the neighbourhood who contracted the killer disease, recalls her ordeal during the fateful day.

“We were hiding in a school building when he started vomiting and had terrible diarrhoea, I knew he contracted cholera” she said. “As we were rushing him to Mwananyamala hospital his body weakened within a short time.”

According to her, when they arrived at the hospital they found the isolated ward for cholera patients crammed with people, some of them hooked up on intravenous drips.

Children were screaming and squirming in agony, others were static with their eyes rolled up as doctors struggled to trace veins in their gaunt arms for inserting life-saving drips, she said.

“Doctors struggled for two weeks to save my son’s life but it was too late,” she said.

Cholera is a bacterial infection caused by a single-celled organism called Vibrio cholerae that thrives in aquatic environment.

When ingested the bacteria can infect the person’s small intestine causing vomiting, fever and excessive diarrhoea, resulting in severe dehydration, according to Saidi Aboud, professor of microbiology at Muhimbili University of Health and Allied Sciences in Dar es Salaam.

According to him, the infection is so highly contagious that someone can get it simply by drinking from a bottle used by an infected person.

However, Prof Aboud said, the pathogen which spread in dirty environments can be treated by oral rehydration salts.

As climate change continues to take its toll, health authorities in Tanzania are increasingly worried about recurring drought spells and flooding which they say can potentially spur the spread of diarrhoeal diseases, notably cholera. 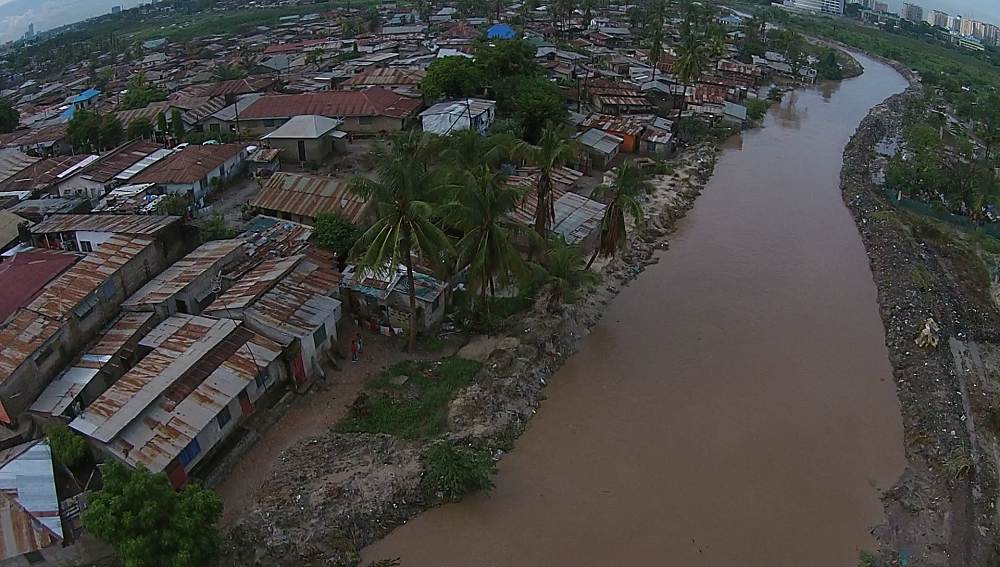 Scientists believe that the spiralling global temperatures would have a devastating effect on human health and patterns of infection would change, with insect-borne diseases including malaria and dengue fever spread more easily.

According to Aboud, climate change-related impacts on the ecosystems are likely to affect populations by creating favourable conditions for disease pathogens as well as placing the communities at high risk of malnutrition and diarrhoeal diseases.

Dar es Salaam, one of the fastest growing cities in Africa and home to 4.4 million inhabitants, is highly vulnerable to flooding, which is often associated with disease outbreaks due to water shortage and lack of sanitation services as the majority of its inhabitants live in informal settlements.

At the Tandale and Jangwani areas in Kinondoni district, for instance, low-income families whose homes are in a wetland have subjected themselves to increasing risk of flooding and diseases due to poor access to clean water and sanitation.

“We draw our drinking water from a well. It’s impossible to drink it when the rains come,” said Mahmoud.

The cholera outbreak intensified in Dar es Salaam in 2015 and spread to other regions, affecting thousands of people.

As of January 2018, 33,421 cases including 542 deaths had been reported across Tanzania, according to statistics from the Ministry of Health Social Welfare, Women, Children and the Elderly.

While a growing body of evidence attributes the spread of cholera to poor sanitation, recent research suggests environmental and hydrological factors such as the changing weather patterns as the warming earth exacerbates the disease.

A study titled: The costs of Climate Change: A study of Cholera in Tanzania published in 2011 confirmed increased temperatures and changes in rainfall patterns due to climate change entail serious consequences for human health, such as increased risk of diarrhoeal diseases.

According to this study, cholera outbreak is potentially a significant economic burden to Tanzania due to higher direct costs to the health sector, households and to the economy in terms of lost time allocated to work, school and other productive activities.

According to the World Health Organization, diarrhoeal diseases are responsible for 2 million deaths each year globally, with the majority occurring in children under 5.

“We are conducting routine laboratory analysis to detect new cholera infection and swiftly take action to prevent it from spreading further,” she said in an interview.

According to her, the total cost of managing a cholera-admitted patient, including treatment, cost of bed, personnel and outpatient surveillance, is US $98.

Critics, however, say Tanzania’s government has not done enough to raise awareness on killer infectious diseases such as cholera.

“The government should put significant investment to supply of clean water to city residents and ensure waste water and other waste generated by human and industrial activities is properly handled,” said Herbert Kashilillah a retired water engineer who worked with global water charity WaterAid.

According to Kashilillah, the current health, environment and health policies are inadequate to contain the spread of epidemic diseases such as cholera due to gaps between policy and practice.

“The existing gap between policy and practice is attributed to lack of accountability from the principal actors, but also overlaps of authority between the local government and central ministry in enforcing existing laws controlling such diseases” he said.

According to him, bridging a gap in citizen accountability through coordinated health education can mitigate risks of the spread of cholera.

“Majority of city residents still obtain their water from boreholes at their backyard which may be contaminated with deadly pathogens,” he said.