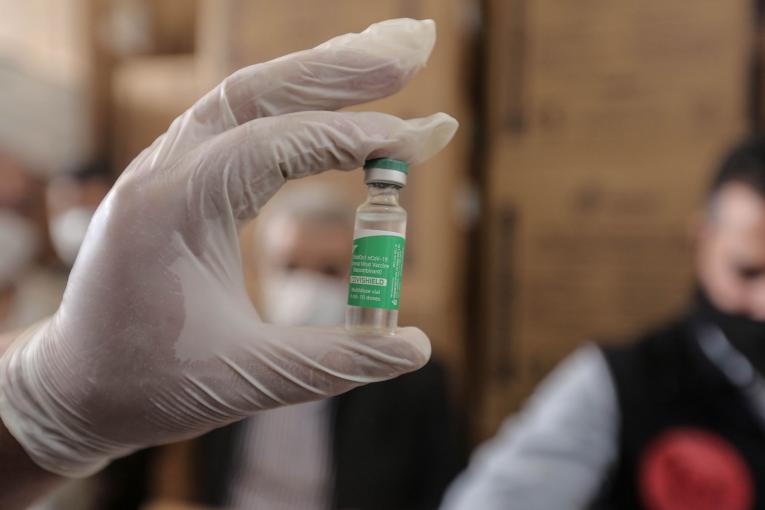 Eleven African countries will this weekend start receiving their portion of the first batch of 400 million COVID-19 vaccines from Johnson and Johnson (J&J), the Africa CDC announced on Thursday.

The delivery of the lifesaving drug comes as 32 of the continent’s 55 countries are battling a third wave of COVID-19 infections, 25 of which are experiencing a “severe third wave”.

However, the target of vaccinating 60% of Africa’s population by the end of 2022 might not be enough to protect the continent, Dr John Nkengasong, Director of the Africa Centres for Disease Control and Prevention (Africa CDC), said during the centre’s weekly COVID-19 briefing.

Africa will now need to vaccinate 75% to 80% of people, taking into consideration several factors, including the different virus variants and the continent’s population structure, according to Nkengasong. The initial target of 60% was partly based on the assumption that 40% of the population was 18 and under and that they would not need to be vaccinated as they will “immediately come down with a disease.”

“We now know that anybody is vulnerable now… those young people are falling sick and they are dying and that needs to be factored into a new projection,” said Nkengasong. However, he said that the continent will in the meantime aim for the 60% target after which a possible adjustment will be made based on “the biology and the pathogenesis of the variants”.

Giving a breakdown of the vaccine deliveries, Strive Masiyiwa, the African Union’s (AU) Special Envoy on COVID-19 and the co-ordinator of the AU Vaccine Acquisition Task Team (AVATT), said that the J&J vaccine had been chosen because it is a single-dose vaccine, partly manufactured in South Africa, has a long shelf-life and it was the only vaccine available in large volumes.

This month, more than six million doses will be shipped to countries that have fulfilled all the AVAT requirements, including loan agreements with the World Bank and other global lenders. The deliveries will increase exponentially over the following months, with 10 million doses to be delivered from September until December. From January 2022, J&J has undertaken to deliver 25 million doses per month until the order is completed in September 2022.

A $2 billion loan facility provided by African Export-Import Bank (Afreximbank), which is the guarantor of the deal, has enabled African countries to purchase the J&J vaccines.

Said Nkengasong in a statement released on the rollout of the vaccines: “During the last months, we have seen the vaccination gap between Africa and other parts of the world widen, and a devastating third wave hit our continent. The deliveries starting now will help us get to the vaccination levels necessary to protect African lives and livelihoods.”

Masiyiwa said other vaccines will come from global vaccine facility COVAX, and bilateral donations from countries including the United States. He let slip that other donor governments have stepped up and that a “very good announcement” from a “major government” will be made in the next few days.

In the past week, Africa has recorded 273,000 new COVID-19 infections – a 14% average increase of new cases. Recorded deaths stood at 6,454, a slight decrease of 4%. As of 2 August, a total of 103 million vaccine doses have been procured in 53 member states of which 70.6 million have already been administered.

However, Nkengasong said only 1.58% of Africa’s population have been fully vaccinated with two doses.
Masiyiwa said that the continent would have had greater vaccination numbers if COVAX had honored its promises. “They (COVAX) told us in December they would have delivered 700 million doses, being 27% of our population [by August],” said Masiyiwa.

According to Masiyiwa, Africa was then going to pick up vaccine deliveries from August 2021 to September 2022.
This did however not happen, and around 79 million doses have been delivered to Africa so far by COVAX.
“And this is where the crisis is for us. This has not happened. We can all debate about how, where, who did what, how many committees, how many task forces, how many accelerators, you can create all those things, but this is where the rubber hits the road,” said Masiyiwa.

Asked whether the AU would call for the disbandment of the COVAX facility, Masiyiwa said they are seeking an improvement of “the way things are done” and for accountability from the facility.

Nkengasong, who got vaccinated in April and who is currently recovering from a COVID infection, said the organization supported the WHO’s call for a moratorium on a third booster vaccine shot until at least the end of September to ensure that vaccines reach those who need them most.

His stance is “vaccinate as many people as possible with the available vaccines”, before looking into booster shots. “We run the risk of creating more variants, maybe because we continue to accept sub-optimal pressure on the virus and it will mutate and then even continue to infect those who have received their vaccinations,” said Nkengasong.

“I’m a good example. I received a full dose of the vaccine in April, and look, I have a breakthrough infection. So again, the only way to stop this pandemic is to vaccinate many people…,” said Nkengasong.