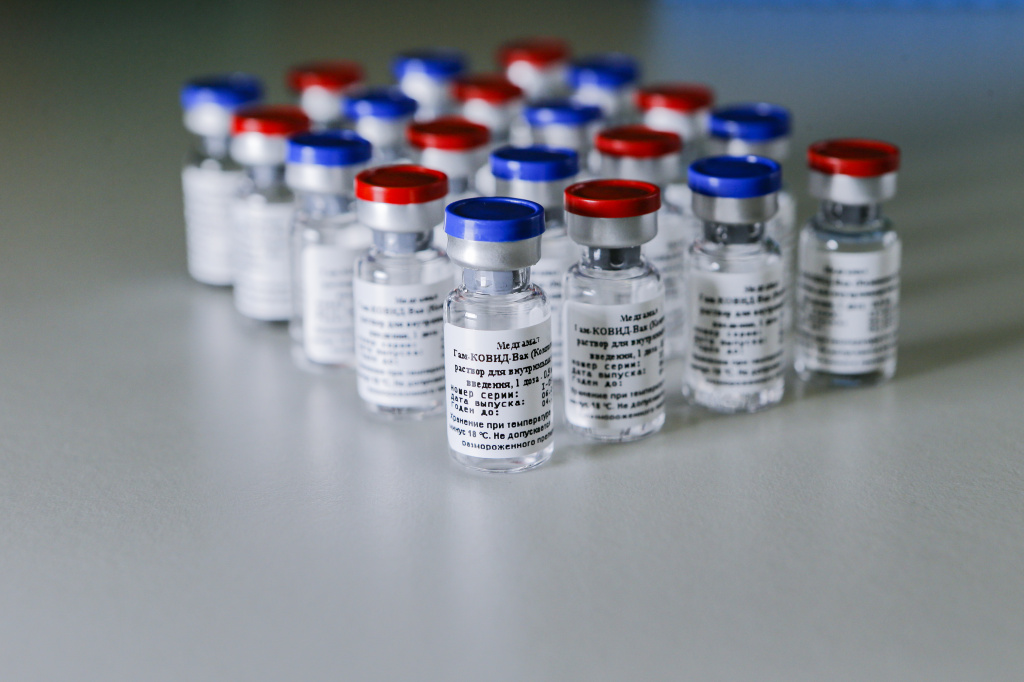 Russia’s Sputnik V demonstrated more than two times higher virus neutralizing activity against the Omicron variant in comparison to the Pfizer coronavirus vaccine, according to a study of blood samples, released Thursday by the National Institute for Infectious Diseases Lazzaro Spallanzani in Italy and Russia’s Gamaleya Center.

The research was prepared by a team of 21 Russian and Italian scientists and published on the preprint health sciences website MedRxiv. It has not yet been peer-reviewed.

The study, if validated by a peer review, would contribute to some emerging claims that certain types of more “conventional” vaccines could in fact provide more durable protection over time  against a constantly mutating virus than the cutting edge mRNA versions – although this remains a point of emerging debate.

It was the world’s first coronavirus vaccine to be approved by a national regulatory authority – Russia’s – for domestic use in August 2020, even before it completed large-scale clinical trials.  And it has since been sold in dozens of countries around the world.

But the vaccine has not yet been approved for use by the World Health Organization.

The independent, comparative study specifically was conducted at the Spallanzani Institute on comparable sera samples from individuals vaccinated with Sputnik V and Pfizer and with a similar level of IgG antibodies, three months after vaccination.

It showed that two doses of Sputnik V provided 2.1 times higher geometric mean titers, or virus neutralizing antibodies to the Omicron variant, than two doses of the Pfizer vaccine.  As another measure, there was a significantly smaller reduction of virus neutralizing activity against Omicron, as compared to the original Wuhan variant, for the Sputnik vaccine, when compared to Pfizer.

The study was the second one comparing Sputnik V and Omicron, to be produced in collaboration with Italian researchers, following another real-word study of nearly 19,000 people in November in the Republic of San Marino, a landlocked microstate in northern Italy, that declared Sputnik’s vaccine to be more effective in providing long-term protection than its mRNA counterparts – six to eight months after the second jab. But that study was shortly before the Omicron variant emerged.

The release comes as an increasing pool of data is showing that Pfizer vaccine effectiveness wanes quickly – between three and six months – and that the vaccine, even when a fourth shot is administered, does not stop Omicron infection at anywhere near the levels of efficacy seen against the original Wuhan strain of the virus that first spread from China across the world in late 2019 and early 2020.

For instance, one American study among people 65 and older showed the decrease in mRNA vaccine effectiveness against the Delta variant accelerated after month four, reaching a low of approximately 20% in months five through seven. A similar Swedish report found that Pfizer’s vaccine efficacy fell below 30% against Delta after six months.

Regarding Omicron, the United Kingdom Health Security Agency said that those who had received three doses of Pfizer’s vaccine saw their protection against symptomatic illness caused by Omicron variant drop to 45% within 10 weeks. Moreover, new preliminary data released Monday in Israel suggested that even a fourth shot of the Pfizer vaccine is just not performing against the variant at levels seen previously.

“Despite a significant increase in antibodies after the fourth vaccine, this protection is only partially effective against the Omicron strain, which is relatively resistant to the vaccine,” Sheba Medical Center’s Prof Gili Regev-Yochay told a press briefing.  “We see many infected with Omicron who received the fourth dose,” the researcher added. “Granted, a bit less than in the control group, but still a lot of infections.”

Sputnik V’s advantage is the use of the spike protein without proline-stabilization and other modifications and the use of a heterologous prime-boost vaccination regimen, according to a release by the Russian and Italian research team.

“The Pfizer vaccine utilizes the spike protein in a proline-stabilized form in contrast to Sputnik V,” the release explained. “Proline-stabilization and other modifications may move an immune response predominantly to the actively mutating receptor-binding domain of spike protein. In the Omicron variant, a substantial number of mutations were registered precisely in RBD, which is why such a significant drop in neutralizing activity against this variant may be observed in the sera of Pfizer-vaccinated.”

‘The future of vaccines is about cocktails’ – or is it?

Already back in November, Russian Direct Investment Fund (RDIF), which pays for and partnered with the Gamaleya Center to produce Sputnik V, shared data suggesting that its vaccine still demonstrated 80% efficacy six to eight months after the second dose based on real-world data from the Health Ministry of the Republic of San Marino.

This research was also not peer reviewed.

Moreover, the RDIF has been pushing what they call “Sputnik Light,” a booster shot that it claims has shown a robust neutralizing antibody response to the SARS-CoV2 virus, including the Omicron variant, when given after an mRNA or other vaccine.

“We believe the future of vaccines is about cocktails. It’s about combining different vaccines to help prolong immunity,” RDIF CEO Kirill Dmitriev said in the November press briefing. “We are pro-boosters, but we believe the combination of vaccines should be explored much more.”

Assorted other studies, including ones conducted in Argentina, the United States and other places have also suggested that “boosting” a Pfizer vaccine with the single shot Sputnik Ad26-based vector vaccine (Sputnik Light) produces more durable protection against Omicron with four times higher increase in Omicron-specific T-cells and 2.4 times in neutralizing antibody titers vs Pfizer booster.”

The Argentinian study, first published on the pre-print server MedRxiv, has been accepted for publication in mBiom, while peer-review of the second study, which includes researchers from Harvard, MIT, University of North Carolina, and Boston’s Beth Israel Deaconess Medical Center, is still pending.

However at a press conference in Geneva on Friday,  a WHO vaccine expert cautioned that in fact, the evidence about mixing and matching vaccines does not suggest that a Sputnik Light boost of an mRNA vaccine would be superior to that of the mRNA vaccine boosters themselves.

Although people who were originally vaccinated with an adenovirus vector-based vaccine, such as Sputnik, might benefit from getting an mRNA booster, there is so far no evidence of an advantage of the reverse, said Joachim Hombach, WHO Executive Secretary to WHO SAGE expert vaccine group, during a WHO press briefing Friday. That is the essence of WHO guidance on vaccine mix-and-match released in December, 2021. However most of the data upon which this guidance is based pre-dates the Omicron wave.

WHO slow to approve Sputnik V

Sputnik V has been approved in 71 countries and Sputnik Light in more than 30, however, it has still not received Emergency Use Listing by WHO, which last year flagged a number of concerns with its manufacturing processes.

Earlier this week, on Wednesday, a report by the Russian website Tass said that a visit of WHO experts to Sputnik V manufacturing sites in the country is “pending approval.”

“They were to arrive within a month or two; this matter is on approval,” said Deputy Director of Russia’s Gamaleya Center Denis Logunov, according to Tass.

In addition, the Sputnik team has still not provided certain information that WHO requested to receive certification, Kremlin spokesperson Dmitry Peskov was quoted as telling reporters last month, “because we had a different understanding of what information it had to be and how it should be provided.”

WHO said it expects to receive the missing information sometime this month and will then reconsider approval.