When donor dollars go missing, the guilty must be held to account. But when past transgressions hold country-ownership of global health programs to ransom with no clear end in sight, everyone loses.

Today, almost two million people are living with HIV in Nigeria yet the latest UNAIDS figures show that only about one out of every two HIV-positive people are on life-saving treatment. In 2018 alone, 53 000 people died from an AIDS-related illness.

Nigeria’s HIV response is heavily reliant on international donors, which provide more than 80% of all HIV funding in the country, according to the United Nations HIV body. The Global Fund to Fight AIDS, TB and Malaria alone has pumped more than US$1.4 billion into combatting its namesake three diseases in Nigeria since 2003.

The Global Fund works by moving money from its coffers to government ministries and non-governmental organizations that have been designated as “principal recipients.” Principal recipients are selected by national councils, which are also called Country Coordinating Mechanisms (CCM). These bodies oversee grants on behalf of their countries and are comprised of government officials, civil society, and people affected by the three diseases, development partners, among others.

Although the local organization delivered services to a smaller number of more challenging to reach patients, it outperformed the international non-governmental organization in at least nine performance areas, according to a country coordinating mechanism evaluation using Global Fund approved performance frameworks for both organizations.

In fact, a value-for-money analysis presented to the national council found that only about half of the donor funds channeled into the international non-governmental organization would go towards actual service delivery to target beneficiaries.

Two out of three dollars directed to the local non-governmental organization, meanwhile, would have gone to service provision to target beneficiaries.

To many Nigerian civil society organizations and those on the country coordinating mechanism, the choice seemed clear: The local organization performed better and would stretch donor dollars further.

The international organization was ultimately chosen by the Global Fund, simply because it can on the basis of the powers conferred to the Fund by what’s called an Additional Safeguard Policy.

Fight the Rot in Countries, Not the Choice

In 2015, the Fund’s Office of the Inspector General uncovered what the Fund called “evidence of systematic embezzlement, fraudulent practices and collusion”to the tune of US$3.8 million. In response, the Global Fund Secretariat invoked the Additional Safeguard Policy to reduce the risks to its investments.

The policy can be applied to an entire country or a single disease portfolio in response to not only financial mismanagement but also political instability or a lack of transparency when choosing implementing partners. Countries who fall under the Additional Safeguard Policy may be subject to certain financial management procedures and, as in Nigeria, forfeit the right to select their own principal recipients and other implementing partners.

Global Fund managers can request that the policy be invoked but must outline specific actions that a country must undertake to qualify to be released from the policy. The final decision to revoke the policy falls to Fund’s executive director

In a 2016 letter from then-Global Fund Executive Director Mark Dybul to Nigerian President Muhammadu Buhari. Dybul informed Buhari of the decision to invoke the policy in Nigeria and suspend two grants – HIV and malaria. The lifting of this, Dybul wrote, would be “at the sole discretion of the Global Fund and the satisfaction” of three conditions: That Nigeria investigates the graft, reimburse the funds and demonstrate — following a Global Fund assessment — principle recipients’ capacity to manage grants.

Today, Nigeria has fulfilled these conditions. The nation has put those guilty of offenses on trial and repaid the money. The Fund itself had re-instated the government principal recipients it had de-listed when it evoked the Additional Safeguard Policy.

When Countries Own Their HIV Responses, Donor Dollars are Better Spent

And yet Nigeria remains under the policy, which means the Fund continues to impose, for instance, its choice of principal recipients upon the country. Meanwhile, there is no concrete clarity from the Fund on how Nigeria might ever release itself from the conditionalities that erode the kind of national ownership of its HIV, TB and malaria responses that Executive Director Peter Sands has touted as one of the Fund’s keys to success.

The Global Fund has long been a proponent of country-ownership — the idea that even though projects to prevent and treat HIV, TB and malaria are internationally funded, it is countries that must decide how money is used and what programs look like. Why? Because, as Sands wrote in a 2019 paper in the journal Health Systems & Reform, “experience shows that fighting HIV, tuberculosis (TB), and malaria is most effective where programs are designed and implemented by local experts, not by outsiders.”

He continued: “Second[ly], health programs work best when a broad range of stakeholders — especially civil society and people affected by the diseases — are involved in key decisions.”

The Fund’s prolonged use of the Additional Safeguard Policy without clear conditions for its termination undermines both national ownership and broad-based participation.

Let us be clear: There can be zero tolerance for corruption that strips people of life-saving medication and when that happens, donors and countries must act.

And we acknowledge that since the Fund’s 2015 audit, more fraud has been uncovered in Nigeria. In 2019, the Fund similarly found that an additional US$166,930 in Global Fund money has been misappropriated in Nigeria.

We are not saying that the Fund is wrong to implement measures to curb fraud. But we are saying that, as a country, Nigeria deserves to know where it stands with regard to taking ownership of its grants.

Countries Cannot be Held to Conditionalities in Perpetuity

If the nation has met conditions previously set in writing to its head of state, the Additional Safeguard Policy should be revoked. If new corruption necessitates the policy’s re-invocation, then this must be communicated anew alongside clear terms for the policy’s end because the policy itself is meant to be a temporary measure, according to Global Fund. This must happen both for the sake of transparency and accountability in Nigeria, but also to set a clear precedent for many other countries currently operating under the Additional Safeguard Policy.

When we wrote to the Fund to express our concern over its insistence on installing an international principal recipient against the country’s wishes rooted in objective analysis, Sands wrote that the international non-governmental organization’s inclusion as a principal recipient had been “one of the key mitigation measures” that has allowed the Fund to continue supporting Nigeria. He did not go into further detail.

This international non-governmental organization has been and will continue sending millions back to its headquarters in America in order to provide services in Nigeria.

Without any clear indication from the Fund about Nigeria’s status under the Additional Safeguard Policy, we have put together our own proposed roadmap, which lays out various conditions for the country’s eventual exit and the parties responsible.

In the next three months, we call on the Global Fund Board or a designated committee to conduct an independent assessment of Nigeria progress. Again, if the conditions of the original Additional Safeguard Policy invocation have been fulfilled, then it must be revoked.

Countries cannot be held to conditionalities in perpetuity, especially on terms that remain obscured in their entirety from local civil society. Corruption shouldn’t go unpunished but neither should it be held as an excuse for donors to tout their own commitments to transparency, accountability and partnership. 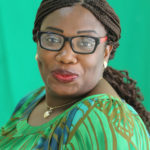