A new Antimicrobial Resistance (AMR) Action Fund will inject nearly US $1 billion into the collapsing antibiotic development pipeline, aiming to bring two to four new antibiotics to patients by 2030.

The investment, organized by the International Federation of Pharmaceutical Manufacturers & Associations and 23 different pharma companies, is the biggest single investment in antibiotic research in four years. It aims to address the rising tide of life threatening infections caused by pathogens that have evolved resistance to antibiotics.

“We must act together to rebuild the pipeline and ensure that the most promising and innovative antibiotics make it from the lab to patients,” said Director General of the IFPMA, Thomas Cueni. “The AMR Action Fund is one of the largest and most ambitious collaborative initiatives ever undertaken by the pharmaceutical industry to respond to a global public health threat.”

AMR infections kill more than 700,000 people every year, a higher death toll than COVID-19 so far, Cueni further added. And the toll of infections extends beyond physical health – AMR could push 28 million more people into poverty at a staggering cost of $ 60-100 trillion, according to the IFPMA.

But investments in antibiotic development are lacking, despite the huge need. New antibiotics are closely rationed to prevent the development of resistance against them, so it is difficult to turn a profit on antimicrobials that have just hit the market.

“Fact of the matter is right now the worst which can happen to somebody who invests in antibiotics is that they succeed, because then they will lose more money than when they just have to write off research expenditure,” said Cueni. Several small biotech firms in antibiotic research have gone bankrupt in the past few years for such reasons. 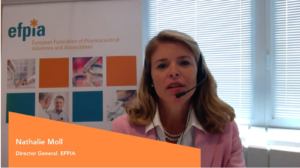 The Fund also “really complements a lot of other initiatives at the European level”, added Nathalie Moll, Director-General of the European Federation of Pharmaceutical Industries and Associations, as she referred to 12 ongoing projects to boost AMR-related R&D in Europe.

The AMR Action Fund synergizes with existing initiatives because it seals the investment vacuum at later stages of R&D, said Denmark-based investor Novo Holdings, which supports early-stage development of AMR therapies through its US $165 million Impact Repair Fund:

“The Impact Repair Fund [of Novo Holdings] is focused on the earlier stages of development”, said Novo Holdings CEO Kasim Kutay. “We were always counting on other investors to take the products into the more complicated and more expensive later stages [of R&D], but with investors having fled the field, we were trying to do both at the same time, which is just not practical.”

Even before COVID-19, about half of antibiotics were inappropriately prescribed by general practitioners, which either prescribed the wrong antibiotic, or prescribed it unnecessarily, according to the OECD.

But the World Health Organization has warned that the COVID-19 pandemic may even hasten the long looming threat of antimicrobial resistance, as hospitalizations due to the disease ramp up. Healthcare professionals are increasingly likely to prescribe affected patients with antibiotics to ward off secondary bacterial or fungal “co-infections” in hospital settings, which serve as breeding grounds for antimicrobial resistance.

In one review of 18 studies, over 1450 out of 2010 patients with COVID-19 – or 72% of patients – received antimicrobial treatment although only 10 % had bacterial or fungal co-infections, said researchers from Imperial College London and the UK’s National Health Service in early May.

Over-prescription of antibiotics may be due to some COVID-19 patients presenting with symptoms similar to severe sepsis, a systemic life-threatening bacterial infection, said Priya Nori, Medical Director of the Antimicrobial Stewardship Program (ASP) at New York’s Montefiore Medical Centre.

An increasing appetite for treatments against COVID-19 may also exacerbate AMR, warned Rita Mangione-Smith from Kaiser Permanente Washington, a healthcare and health insurance provider in Washington state. In recent months, both US and Brazil’s political leaders Donald J. Trump and Jair Bolsonaro repeatedly touted the use of an antibiotic, azithromycin, in combination with anti-malarial hydroxychloroquine despite substantial evidence to support their claims.

And as COVID-19 disrupts essential health services all over the world, antimicrobial stewardship programmes – which aim to curb unnecessary use of antimicrobials through routine monitoring – are also likely to be hit, Nori warned, further raising the risk of AMR.

“AMR is a slow tsunami that threatens a century of medical progress,” said WHO Director-General Dr Tedros Adhanom Ghebreyesus, in a video message at the AMR Action Fund Launch. “So game changing investments into biotechnology companies around the world are required now.” 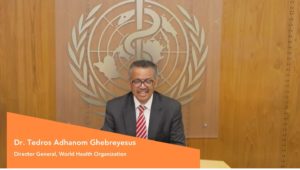 Related
One World, One Health – Tackling the Superbug Challenge
Inside View
How Can We Ensure that Health is a Reality for Migrants and Refugees?
Health Equity
Gavi Urged to Buy At Least 30% of Vaccines From African Manufacturers
Africa CDC

Related
One World, One Health – Tackling the Superbug Challenge
Inside View
How Can We Ensure that Health is a Reality for Migrants and Refugees?
Health Equity
Gavi Urged to Buy At Least 30% of Vaccines From African Manufacturers
Africa CDC