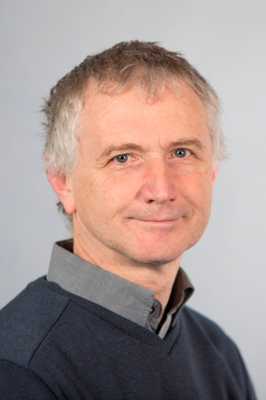 From a small and modest gathering of booths and stands in 2006, the ​Geneva Health Forum​ has grown into an international event with a strong array of scientific sessions. ​Although the GHF was forced to postpone its eighth annual conference, from March to 16-18 November due to the COVID-19 pandemic, that has not prevented the Forum’s leadership, including GHF Director, Dr Eric Comte, from responding to the unprecedented challenge created by the crisis.

A medical doctor and epidemiologist by training, who worked for Médecins Du Monde (MDM) and Médecins sans Frontières, Comte also witnessed the spread of Ebola in West Africa. Geneva Solutions interviewed Comte to hear about the role GHF is playing in the present emergency, and his views gleaned from years in epidemic management.

Geneva Solutions (GS): What role is the Geneva Health Forum trying to play in this crisis?

Eric Comte (EC): Geneva benefits from a special position due to the presence of the World Health Organization and many organizations which revolve around it. We are fortunate to have this extremely rich environment and the advantages of a small city which greatly facilitates contacts.

We generally have two objectives: On the one hand, to facilitate discussions between the various health stakeholders who are willing to work together but who are caught up in their fields of activity and their schedules. Getting people to work together is not so natural. On the other hand, promote links between actors based here and those from countries with more limited resources. The objective is to see what the innovative practices are to improve access to health, in Europe as well as in developing countries.

Since the start of the crisis, our interlocutors have been contacting us to tell us about their initiatives and to collect information that we may have, thanks to our network. We are exploring how we might better organize these initiatives. We also are called upon by those who are active in global health, including medical practitioners, policymakers, and academics, including various actors working in Africa who need guidance about how to respond. In this context, we are also trying to bring together various strategic documents produced by WHO, the African Center for Diseases Control, as well as MSF operational documents, that provide guidance in the establishment of emergency response healthcare structures, adapted to the conditions of resource-limited countries. Our role is to share them. We are not the only ones doing it, but this an example of the type of work we are trying to do.

GS: ‘Coordination’ seems to be the key word in this crisis?

EC: Yes, but there is also information sharing and anticipation. I would like to point out that WHO has been widely criticized on Ebola, but as a result has set up an emergency department which activates a Task Force during crises. In this pandemic, in their coordination function, they were very proactive and produced a lot of useful guidance with clear messages, which comes back to the mantra: test the cases as soon as possible and trace the affected patients to isolate them.

GS: Have we not totally missed the point despite the warnings of the WHO? Many countries have failed to follow their recommendations.

EC: The only thing I can say is: we have to follow these measures. Often in epidemics, there are recommendations that should be followed but there are limitations in the field. You will always find problems with implementation in the field. A month ago, [for example] tests were not available. There are two possible ways to react. The first is to do everything to make them available. The second, is to cope with the scarcity, which many countries did. We are late, yes.

GS: The second key word you mentioned is ‘sharing information’, is that happening?

EC: I think there is a lot of sharing going on. The big difficulty is that many documents are in English and much less available in other languages like French or Spanish. This is a major obstacle for areas like West Africa, it creates an important barrier. But it is also true that we are also sharing much more than a decade ago thanks to the electronic network. This effort must be continuous.

GS: But there is no withholding of information as there is sometimes in the medical field due to issues of ego, commercial strategies, etc.?

EC: There are certainly economic interests. This is not a big open generous market, but there is a desire for openness and sharing – without being naive.

GS: What about the third key word, ‘anticipation’?

EC: As the experience with the lack of tests in Europe shows – governments are just starting to acquire tests – the ideal would have been to have them a month ago. The mobilization should ideally have been done earlier. Now there has been a surge of cases in Africa, but the mobilization of African actors is still quite weak. There the epidemic will definitely reach a critical point within 10 days to two weeks and in an epidemic that is a lot. In such a rapid epidemic like COVID-19, you must be early and proactive. Mobilization for and in Africa is certainly insufficient.

GS: What is the big challenge for Africa?

EC: Clear strategy guidelines are needed so that each country does not act alone. We must learn from other countries that have gone through the crisis. Additionally, resource shortages can make it difficult to treat severe cases, so the decisive impact that can be made would be in case detection. It is important to test, identify positive cases and isolate them at home. So, the challenge is to set up massive testing very quickly. But test availability is not the only problem. Once you obtain tests you have to have a clear strategy for where to test and who to test. Like the new drive-in test initiatives, we have seen elsewhere, Africa needs decentralized testing locations, outside of the regular hospital quarters, so as to speed up results and avoid infecting other patients and health workers. It’s not that difficult but it’s a race against the clock to make sure the strategies are in place when the tests arrive.

GS: People are very afraid for their future. What scares you the most in this crisis?

EC: When you work in Africa on cholera epidemics, you have all the ingredients that we are facing here today. Local players are confronted with overloaded hospitals, racing against the clock to detect positive cases, containing the epidemic, and treating serious cases. What’s going on here isn’t so exceptional. What is exceptional is that it has happened in Europe where we were no longer used to this, and obviously did not have the necessary structures in place. This is exceptional by the geographic scale and the number of patients, but it is a classic epidemic pattern. We had this with Ebola in West Africa. It was the same scenarios. The trauma in Sierra Leone and Guinea were the same: destruction of health systems, exceptionally large number of deaths among health workers, fear within the population, destruction of local economies.

GS: Based on your experience, what would you say?

EC: We need to keep calm, mobilize communities, which is being done. The reactions are not bad. We are always late in a crisis. The lockdown measures of “confinement” are being respected; the tests came late but they are on the way. If we compare with Ebola, in this crisis we are much responding much faster, only five years later.

GS: What are your hopes?

EC: With what is in place, we will succeed in limiting the cases. One must not feel afraid. Fear in an epidemic is not a good reflex. We must try to implement the WHO guidelines and normally we should have an influence on bending the curve.

Republished from Geneva Solutions. Health Policy Watch is partnering with Geneva Solutions, a new non-profit journalistic platform dedicated to covering Genève internationale. In the midst of the Coronavirus pandemic, a special news stream is published at heidi.news/geneva-solutions, providing insights into how the institutions and people in Geneva are responding to this crisis. The full Geneva Solutions platform and its daily newsletter will launch in August 2020. Follow @genevasolutions on Twitter for the latest news updates.