The World Health Organization announced Wednesday that it would implement a pilot programme to include human insulin products in its Prequalification of Medicines programme, in an effort to expand access to treatment for diabetes in low- and middle-income countries. The move is the first in a series of steps WHO is taking to address the growing burden of diabetes, which is now one of the top ten leading causes of death around the world.

“Diabetes is on the rise globally, and rising faster in low-income countries,” says Dr Tedros Adhanom Ghebreyesus, WHO Director-General in a press release. “Too many people who need insulin encounter financial hardship in accessing it, or go without it and risk their lives. WHO’s prequalification initiative for insulin is a vital step towards ensuring everyone who needs this life-saving product can access it.” 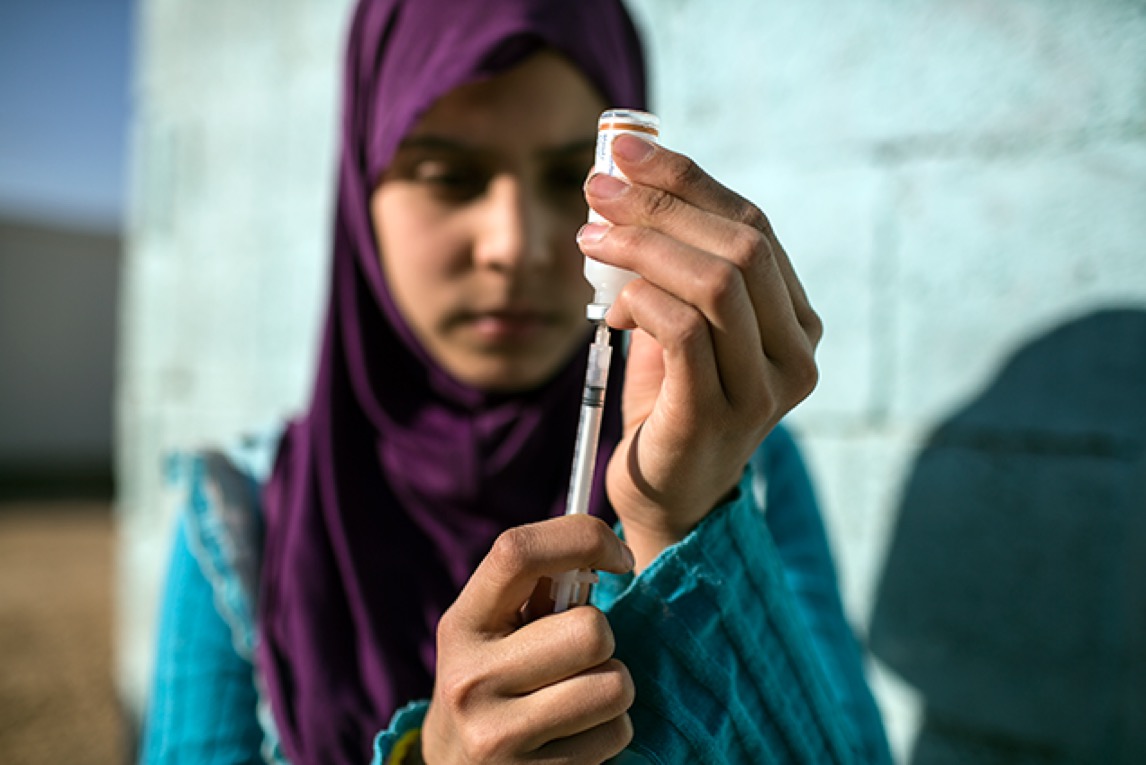 Human insulin has been on the WHO Essential Medicines List since 1977, which guides many national government decisions about products to support in public health services. However, only about half of the 65 million people with Type 2 Diabetes who need insulin can actually access it, WHO estimates, due to the high prices of insulin products and unavailability in public health facilities.

Currently just three pharmaceutical companies – Novo Nordisk, Eli Lilly, and Sanofi – control most of the global market for insulin products, and prevailing prices remain prohibitive for many people and low-income countries, and even in some high-income groups as well.

Including insulin in WHO’s Prequalification of Medicines programme, would make it more attractive for new competitors to enter the market – by submitting proposals to WHO review for production of quality-assured insulin products at lower prices. WHO prequalified products also are used as the basis for many donor-supported initiatives to make bulk purchases of products at preferred prices for low- and middle-income countries.

The ultimate result, WHO officials believe, would be an increase in the number of quality-assured human insulin products on the international market, and a wider range of choices for patients at lower prices.

“Prequalifying products from additional companies will hopefully help to level the playing field and ensure a steadier supply of quality insulin in all countries,” said Dr Mariângela Simão, assistant director general for Medicines and Health Products at WHO.

A WHO spokesperson told Health Policy Watch that already, at least three new market entrants have informally expressed their interest in applying for WHO Prequalification as part of the pilot.

“Clearly we hope more come forward now that the pilot is official, because clearly the more companies that meet international quality standards, the larger the chance that insulin will become affordable,” said the spokesperson.

The target WHO assessment time is 270 days, meaning if companies submit their applications within the next few months, new WHO-prequalified products could be on the market as early as this time next year.

Prequalification is a process in which WHO evaluates the quality, safety, and efficacy of medical products and issues guidance on their use. Many low- or middle-income countries also see WHO prequalification of a product as a stamp of approval to begin registering the health product for use in their own countries.

From 2016-2019, human insulin was available only in 61% of all health facilities and analogue insulins (altered forms of human insulin) were only available in 13%, according to WHO data from 24 countries. The data showed that a month’s supply of insulin would cost the average worker in Accra, Ghana almost a quarter of their monthly income.

Even in high-income countries, the high price of insulin results in many people rationing its use, which can be deadly for people who do not receive the appropriate daily dose.

Globally, some 422 million people live with diabetes. Diabetes is the seventh leading cause of death globally and a major cause of costly and debilitating complications such as heart attacks, stroke, kidney failure, blindness and lower limb amputations.

WHO’s decision to pilot human insulin prequalification also follows a contentious debate earlier this year over the proposed inclusion of still more pricey insulin analogues (altered forms of human insulin) in WHO’s Essential Medicines List (EML). The list is used by many countries as a basis for national decisions on the basket of medicines to be procured, offered or supported.

Civil society, scientific experts, and patient access groups opposed the petition to include analogues in the EML, arguing that including these products without addressing the lack of competition in the insulin space could send the wrong message to governments, making analogue insulin the new norm. And that could actually drive up prices that low- and middle- income countries were paying for insulin products.

The Pre-Qualification initiative appears aimed at addressing some of those existing needs and gaps. Health Action International (HAI), one of the same civil society groups that opposed the petition to include analogues in the EML, commended the WHO’s decision to include human insulin in the prequalification program.

Dr. David Beran, University of Geneva professor and co-lead investigator of a HAI study group focusing on insulin access (ACCISS) expressed his hope that WHO’s decision will impact the limited competition in the insulin market in a statement released by the group. “This initiative should ultimately lead to greater competition and hopefully lower prices, thus improving affordability for people and health systems.”

This story was updated November 14.