The United States faced off against 43 other countries at the 72nd World Health Assembly this week regarding a proposal to include language protecting sexual and reproductive health and rights (SRHR) in the draft political declaration on universal health coverage (UHC), due to be issued at a UN high-level meeting in September.

The US declaration was the first canon shot in what could be a contentious debate and protracted negotiation over the final language of the declaration. Sexual and reproductive health and rights is regarded by many countries and civil society groups as absolutely fundamental to universal health coverage.

But the current administration of US President Donald Trump has tried to suppress the use of such terms in official policy statements, as they are perceived by critics as legitimizing health services for abortion. 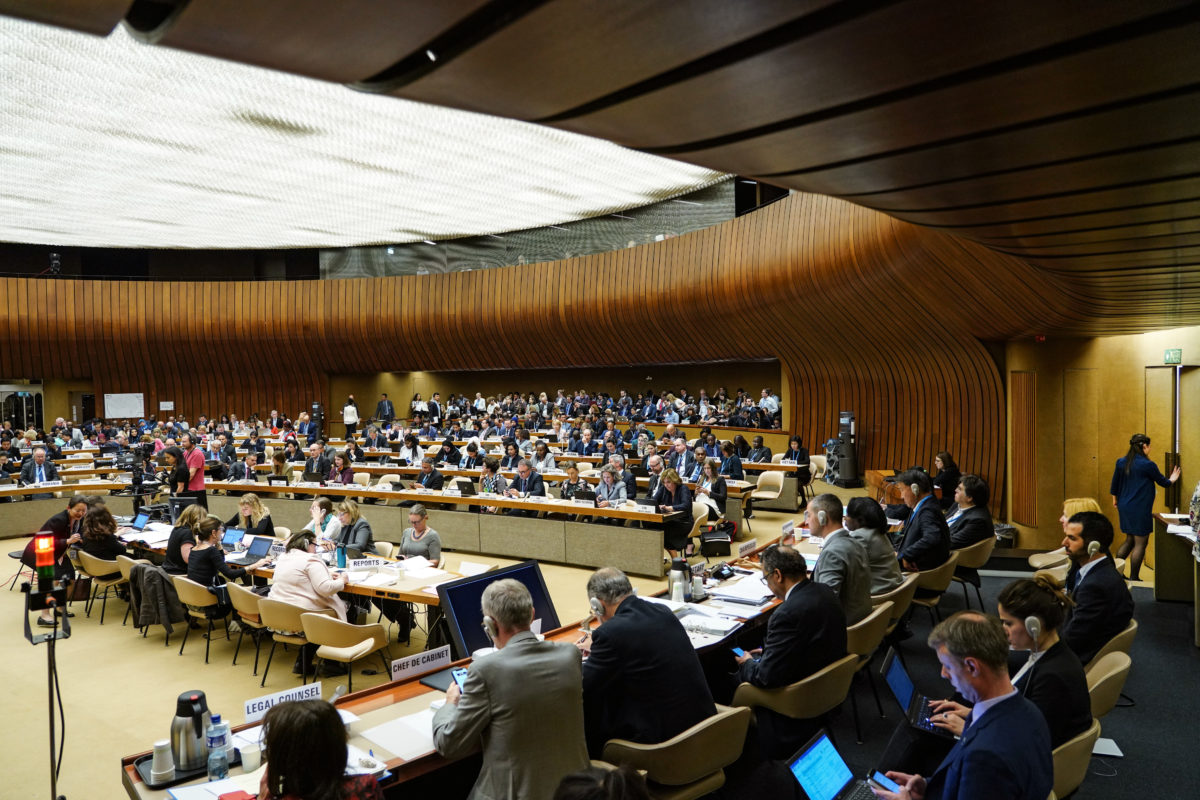 In a lively debate on Wednesday, the US representative to the WHA argued that such rights should be interpreted within national cultural and legal contexts, and stated that the US does not agree with including language referring to the right to sexual and reproductive health in the draft political declaration.

At the same time, a bloc of 43 countries, represented by Sweden and backed by civil society groups, strongly advocated for the inclusion of SRHR as “indispensable and integral” to Universal Health Coverage.

They called on World Health Organization Director-General Tedros Adhanom Ghebreyesus to ensure that SRHR is addressed at the core of UHC in all WHO debates and in the political declaration on UHC, which will be presented at the United Nations General Assembly (UNGA) High-Level Meeting on UHC in New York this September.

The deep division emerging between the US and other countries on the SRHR language suggests that the language will prove contentious in the upcoming informal consultations on the political declaration on UHC.

A zero draft of the political declaration on UHC was published last week by the co-facilitators from Hungary and Thailand, who were appointed to lead the preparatory process for the high-level meeting, incorporating the issues raised at the multi-stakeholder meeting on UHC in April.

Dr Peter Salama, Deputy Director-General of Emergency Preparedness and Response, and Dr Ranieri Guerra, Assistant Director-General for Strategic Initiatives of the World Health Organization, responded to the statements made by countries and civil society, explaining that the informal consultations on the political declaration on UHC will begin on 28 May, and will continue on a weekly basis through the end of July.

They reiterated that the development of the declaration is a member state-led process, and that the WHO will provide support during the informal consultations on “specific technical issues that may be still controversial, where there may be no consensus, where there may be a need for additional discussions,” said Dr Guerra.

The discussion took place on Wednesday as part of the WHA preparations for the high-level meeting of the UNGA on UHC, detailed in the Director-General’s report A72/14 and in WHA resolution EB144.R10, which was approved at the meeting.

The paragraph in question (P56) of the draft political declaration calls on member states to:

On behalf of 43 countries [listed below], the delegate of Sweden expressed belief “that sexual and reproductive health and rights is an indispensable and integral part of universal health coverage,” and that investing in SRHR in UHC “will help close the gaps in access, equity and gender equality, empower women and girls tangibly, and achieve universality, leaving no one behind.”

She specifically called on the Director-General “to ensure that sexual and reproductive health and rights is addressed at the core of the UHC high-level meeting in New York, and in subsequent UHC-related debates at WHO.”

Canada and the United Kingdom, in their subsequent statements, affirmed their support for the intervention made by Sweden.

In the United States’ statement, the US delegate applauded “efforts to advance universal health coverage… in line with previous UN resolutions, and with respect for member state sovereignty,” saying that a country “should develop approaches to make progress on UHC within its own cultural, economic, political, and structural realities and priorities.”

“Regarding the resolution,” the United States wished “to make clear, for the official record, that in joining consensus, we disassociate from paragraph P56. The US takes exception from sexual and reproductive health terminology, because its meaning has evolved to include abortion, encouraging countries to change their laws on abortion, and the normalisation of sexual activity as an expectation for teens.”

The Philippines supported the US position, advocating for SRHR to be included in UHC, but within their national legal context, in which abortion is illegal.

The United Nations Population Fund (UNFPA) called the UHC movement “a unique opportunity to strengthen universal access to an integrated package of SRHR interventions as part of UHC policy and schemes,” noting that SRHR “is both inexpensive and cost-effective,” with a significant return on investment.

The UNFPA representative noted that integrating SRHR in the UHC agenda “will help countries make progress toward achievement of SDG targets 3.7 and 3.8, as well as 5.6, which calls for the elimination of social, financial and legal barriers to SRH services, information and education.”

The International Planned Parenthood Federation recognised and appreciated “that the draft contains a dedicated section on mainstreaming gender equity and human rights, and in particular the call to achieve gender equality for full sexual and reproductive health and rights, and the right of women to control their sexuality.”

However, they found that the draft “fails to adequately recognise the need to fulfil SRHR,” the representative said, “without which, every year hundreds of thousands of women die from preventable causes, related to pregnancy and childbirth, over 200 million women have no access to modern contraception, more than 25 million women suffer unsafe abortions, and more than 200 thousand women die from cervical cancer.”

Women Deliver, an international NGO that advocates for gender equality and the health and rights of girls and women, said that to “reap the full benefits of UHC, we need health systems that are gender responsive, so that girls and women in all their diversity, are able to access comprehensive, quality and affordable health care throughout their lives.”

They concluded their statement with the warning that: “We must not allow political expediency to dictate policies that ignore or retreat on girls’ and women’s health and rights.”