Tobacco use and second-hand smoking during pregnancy doubles the risk of sudden infant death and birth defects – issues highlighted in a new policy brief on the linkages between tobacco control and children’s health, published by the World Health Organisation(WHO).

The brief,  Tobacco Control To Improve Child Health and Development, notes that exposure to second-hand smoke during pregnancy is linked to a 23% increased risk to stillbirths and 13% increased risk of congenital malformation. And of  the 1.2 million deaths every year caused by second-hand tobacco smoke exhaled by smokers, the study found that up to 65,000 occurs among children under 15 years.

Emerging evidence suggests that smoking during pregnancy can have an impact across generations, the brief notes: “For example, grandchildren of women who smoked during pregnancy are at a higher risk of asthma,” it states.  The brief, released on Tuesday, is part of a new “Nurturing Care” initiative by WHO, which aims to highlight ways in which healthcare practices and policy choices and improve children’s prospects of health and development.

Calling for the strengthening of the tobacco control measures around the world, to protect the health of children, the brief advocates for tobacco control through what it calls the MPOWER measure -an acronym describing a raft of tobacco control actions including tax increases and, advertising bans on tobacco products in addition to assisting smokers to quit the habit.

It further calls for the promotion of smoke-free environments to promote infant health and prevent needless deaths caused by second-hand tobacco smoke. 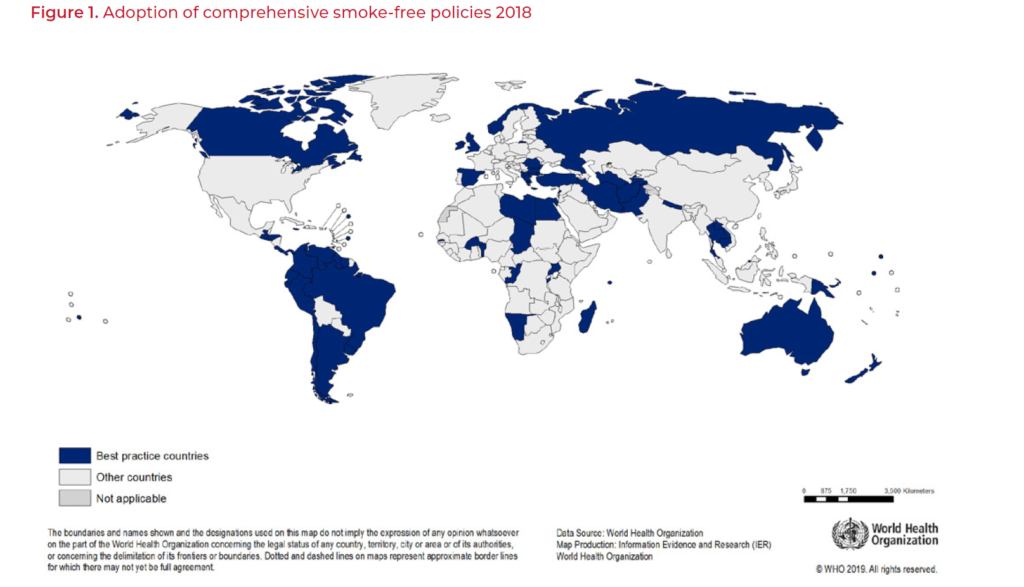 Brought Up In Homes With Smokers

Children living with smokers are at a greater risk of developing bronchitis, pneumonia and other respiratory infections and are likely to die before their fifth birthday. Children brought up in homes with caregivers who smoke are almost 70% more likely to try smoking by the age of 15; and children who experiment with smoking earlier in life are likely to take up the habit in their adulthood.

But it is not just the smoking environment at home that predisposes children to take up smoking. The study states that marketing tactics of the tobacco industry are also to blame as these promote  false images and messages that hide and distort the true impact of tobacco on health, interfering with tobacco control efforts. “

The industry also regularly uses children in the tobacco supply chain, particularly for growing tobacco,” notes the report. This puts children at risk of multiple conditions and diseases including green tobacco sickness, a kind of nicotine poisoning, due to farm-level exposures.

“Creating 100% comprehensive smoke-free policies result in greater benefits, especially when those policies are adequately enforced, without exceptions,” says Dr. Vinayak M Prasad, Unit Head, No Tobacco (TFI) at the WHO Department of Health Promotion, speaking at the launch of the brief. Legislation to make public places smoke-free for example, is associated with important reductions in preterm births, asthma hospitalizations and hospital visits for severe respiratory tract infections.

In terms of policies, up to 5 billion people around the world are now covered by at least one national MPOWER measure, but only 293 million people live in countries or regions that have adopted all MPOWER measures. For instance, only 62 countries, home to just 22% of the global population, have implemented legislation on smoke-free work and public places. “Governments should be resolute in imposing and enforcing strict measures,” the study recommends.

More broadly, the brief argues that incorporating child health and development measures into national tobacco control policies – might help countries, and their citizens to take tobacco control more seriously, overall.  For instance, many women still don’t realize that kicking the habit even during pregnancy will improve the health of their fetus, and overall prospects for survival.