NAIROBI, Kenya – Kenyan President Uhuru Kenyatta today announced the launch of a universal health coverage (UHC) plan, positioning Kenya as a leader in achieving quality and affordable healthcare in the African continent. Meanwhile, the World Health Organization top management used the opportunity to announce some changes in the way the organisation works.

Kenyatta made the announcement during the visit to Kisumu city, on the shores of Lake Victoria, accompanied by World Health Organization Director General Tedros Adhanom Ghebreyesus, who had convened a WHO senior management meeting in Nairobi this week to set out the framework for a major organisational restructuring. The UHC programme is called Afya Care (health care in Swahili).

“Today marks a key milestone and historic journey for our nation as we inch closer towards the realisation of health for all,” Kenyatta said at the launch, saying that the proclamation demonstrated Kenya’s commitment to ensuring investments are made toward the enjoyment of the highest health standards in the Kenyan Constitution. 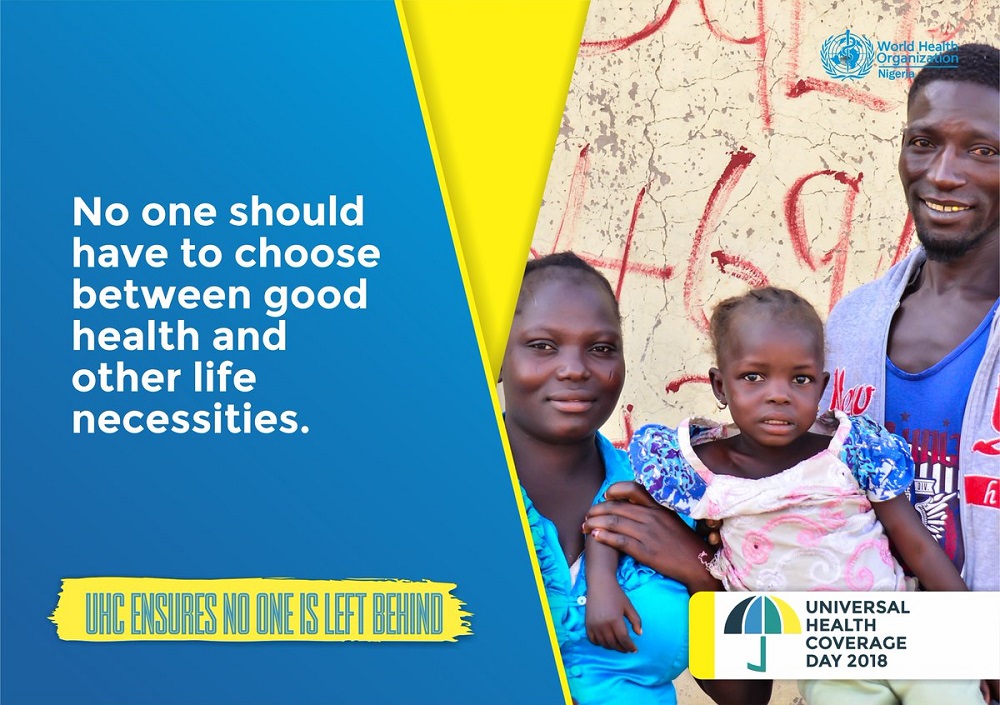 The WHO Director General, meanwhile, described the Kenyan step as a precedent that other countries should follow to reach the UN Sustainable Development Goal 3: Ensure healthy lives and promote well-being for all at all ages.

“Your vision is a vision of Sustainable Development Goals. In fact, we have set a target to achieve universal coverage for all countries by 2030. [But] we want to do it before then,” Dr Tedros said at the lakeside launch.

The first pilot phase will cover four strategically located Kenyan counties – following review of the pilot, the plan is to be extended to the rest of the country over the next 18 months, with the aim to reach 100 percent coverage by 2022, the president has said.

The UHC plan is part of the national journey that Kenyatta has called the “Agenda Four” Development plan, which also includes enhancing manufacturing, food security and nutrition and affordable housing.

“This proclamation resonates strongly with global community aspiration as outlined in the sustainable development goals. Today therefore marks the actualisation of Kenya’s commitment to SDG goal three for promoting health life and ensuring wellbeing for all,” Kenyatta declared.

The programme being implemented in Isiolo, Machakos, Nyeri and Kisumu counties will see all citizens receiving free basic health care services in all public health facilities. The selected counties face a diverse array of problems, including a high incidence of communicable diseases and non-communicable diseases, maternal mortality and road traffic injuries.

Kenya currently allocates only about 4 percent of its national budget to healthcare. To meet the new UHC goals, the government will set aside some US$40- 45 million in new funds, officials said. This will be financed by new taxation sources, reallocation funds from other government ministries, and external donors.

During the pilot phase in the four counties, the other 43 counties will be engaged in health systems strengthening, in anticipation of the countrywide scale up. Kenyatta announced the government will immediately disburse some Ksh 3.1 billion (about US$ 29 million) to strengthen delivery of primary health care public health facilities in the four counties. He directed reforms in the Kenya Medical Supplies Authority (KEMSA) to allow an uninterrupted supply of quality essential medicines and medical commodities.

Kenyatta also announced the acceleration of institutional reforms in the National Hospital Insurance Fund (NHIF), so that Kenyans who require care at hospital’s requiring more advanced care could access insurance.

“To boost efficiency, all publicly-financed insurance pools should be collapsed into a single pool,” said the president.

The first phase of the pilot programme is also to include stepped up public health care prevention and surveillance activities such as: distribution of mosquito nets, drainage of stagnant water pools, and inspection of public eating places, markets and abattoirs.

Community health education and door to door health services such as screening for non-communicable diseases are also being prioritised. Immunization, antenatal including outpatient and basic inpatient services are also part of the package.

UHC registration will be provided to every household in the four pilot counties who can produce either a national identity card, children’s birth certificates and/or a letter from local chief. A single UHC card covers a household, including all children under 18 years.

“The people are welcoming the programme. We have registered a good number. I think giving the people the right information on this process is very useful . We are also reaching out those who are unable to come to us,” Stanley Kyalo, a volunteer who is involved in the UHC registration in Machakos County, told Health Policy Watch in an interview. “What is unique in this scheme is a person who has the card can seek treatment in any public health centre.”

Makueni, a county in eastern Kenya, has already been implementing its form of UHC where households pay US$5 per year for health coverage. The programme has received a wide backing from the county residents, and was an example of how local initiatives have paved the way for wider rollout of a national plan.

“Nobody want to be left out. The scheme is helping thousands of poor people who cannot afford medication in commercial hospitals,” said Ezekiel Musembi, a community leader in Wote town, the headquarters of Makueni county.

WHO has portrayed Kenya’s efforts to enact universal health coverage as a kind of poster child for the East African region and beyond.

Earlier this week, Dr Tedros said Kenya was blazing a trail as regional leader and the success of the programme could have a ripple effect throughout the region.

“We here to support you every step of the way, together with partners like World Bank and the Japanese government,” Dr Tedros told Kenyatta when the president appeared at a WHO global management meeting in Nairobi.

The WHO meeting aimed to introduce senior management staff to new ways of doing business that are being implemented by Dr Tedros over the coming year, according to sources.

The changes, intended to make the organisation more responsive to country priorities, would include more country and regional management of programmes and resources; increased emphasis on “operational” rollout of activities in the field; better alignment between WHO and other UN agencies in resource-strapped country offices; increased rotation of WHO staff between challenging field positions and Geneva headquarters; streamlined recruitment of more diverse talent worldwide. Sources said that the changes would be implemented gradually, beginning in February 2019.

“WHO transformation will be achieved when each and every WHO staff member embraces it & leads part of it across the board. @WHO is already an organization of excellence, but we can & should go beyond that” – tweeted Ahmed Al-Mandhari’s, regional director for the Eastern Mediterranean Region (@WHOEMRO), at the close of the three-day global management meeting.

WHO and Tedros have also made achievement of universal health coverage a cornerstone of the organisational goals and policies.

But as Kenyatta launched Kenya’s UHC pilot programme, local medical experts warned that there was a lot that needs to done before countries such as Kenya can achieve such coverage.

“UHC is not a one off-event. It includes “everything minus nothing,” said Victoria Mutiso, a clinical psychologist and director of Africa Medical Foundation, an NGO that does research on mental, neurological health and substance abuse. “We have to look at equity or how many people access the services. We have to ask whether there enough funding that makes basic services available, and whether it can be accessed easily by the people. Quality medicines also have to be available.”

According to Mutiso, while the current launch was a good first step, Kenya needs to clean out its institutional house by dealing with challenges such as corruption, mismanagement and wastage in the health sector.