At the World Health Organization Executive Board meeting this week, the proposed inclusion of gaming disorder into the latest version of the WHO disease classification system drew unequivocal support from civil society groups present, but no direct mention from member states aside from the United States, which called the proposed inclusion “premature.” 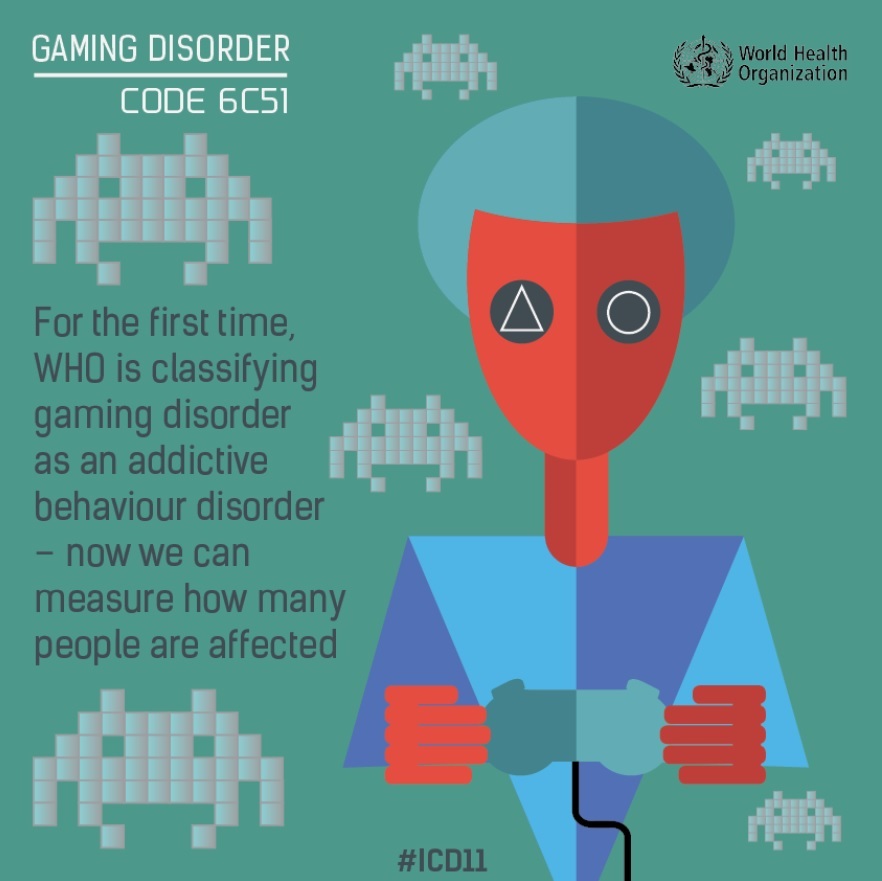 The WHO is currently in the process of revising its International Statistical Classification of Diseases and Related Health Problems (ICD), which standardises health-related statistical data collection for countries around the world, and is updated around once every decade.

This revision process was discussed by member states at the WHO Executive Board meeting on 30 January. A webcast of the meeting is available here. The Board met from 24 January to 1 February, and finished work early today.

At the meeting, member states were invited to note the report on the 11th revision of the ICD [pdf] and consider the draft resolution contained in paragraph 53 of the report. The Board took note of the report, and the secretariat requested member states to send proposals of amendments to be included in a conference paper.

The proposed revisions to the ICD will require extensive consultation with member states, which at the meeting recommended between 3 to 5 years of consultation before adopting the new system.

Gaming disorder is defined in ICD-11 as “a pattern of gaming behavior (‘digital-gaming’ or ‘video-gaming’) characterized by impaired control over gaming, increasing priority given to gaming over other activities to the extent that gaming takes precedence over other interests and daily activities, and continuation or escalation of gaming despite the occurrence of negative consequences,” a WHO Q&A on gaming disorder explains.

Gaming disorder is further described by the WHO as a “a clinically recognizable and clinically significant syndrome, when the pattern of gaming behaviour is of such a nature and intensity that it results in marked distress or significant impairment in personal, family, social, educational or occupational functioning.”

The International Society on Biomedical Research on Alcoholism, present at the meeting, explained that gaming disorder is “a distinct addictive disorder with a global prevalence of between .2 percent and 2.3 percent,” that it “particularly affects young people,” and that it “has become almost ubiquitous worldwide.”

The WHO decision to include gaming disorder in ICD-11 is based “on reviews of available evidence and reflects a consensus of experts from different disciplines and geographical regions that were involved in the process of technical consultations undertaken by WHO in the process of ICD-11 development,” the Q&A explained.

The World Federation for Mental Health, the International Organisation of Good Templars (IOGT International) and the International Society on Biomedical Research on Alcoholism (ISBRA) all “strongly supported” the inclusion of gaming disorder into the latest version of the ICD at the meeting.

Altogether, these groups represent hundreds of professional mental health organisations globally, which comprise tens of thousands of health professionals that according to ISBRA “use ICD in their daily practice.”

“We note the wide-ranging support for the inclusion of gaming and online gambling disorder into ICD-11 by national and international professional organisations working in the field of prevention, diagnosis and treatment of mental health conditions,” IOGT International said.

“The inclusion of these conditions into ICD-11, based on rigorous scientific analysis,” they said, “is very timely, and will allow for better and more evidence-based responses to these disorders, fostering human rights-based prevention and treatment, and hopefully better support to all people in need.”

The World Federation for Mental Health explained at the meeting that “[f]or many people, gaming is a leisure or recreational activity. A significant minority, however, can experience gaming related harm, which is an extreme and serious disorder resembling pathological gambling included in the ICD in 1975.”

United States “Objects” to Including Gaming Disorder in ICD-11

In their statement at the meeting, the United States said that they support many of the new updates to ICD-11, however, they “object to the new inclusion of gaming disorder.”

This objection, they clarified, is not based on a disagreement that gaming disorder could be a unique and clinically recognisable disorder, but that there is not enough evidence yet to make this determination.

The US explained that during the American Psychiatric Association (APA) process of producing the latest Diagnostic and Statistical Manual of Medical Disorders, “experts determined there was not enough robust evidence to characterise excessive gaming – which can be symptomatic of other disorders – as a unique disorder at this time.”

The APA explained on their website that while there was not yet sufficient evidence to classify gaming disorder as a unique disorder, the APA does recognise gaming disorder in the section of its manual “recommending conditions for further research, along with caffeine use disorder and other conditions.”

The APA further suggested “that gaming could be a symptom of an underlying problem, such as depression or anxiety, and not a disorder or addiction itself.”

The US therefore considered the inclusion of gaming disorder in the ICD-11 as “premature.”

In the conclusion of their statement, the US encouraged “additional research and investigation,” and requested that the WHO “not include a code for gaming disorder in the ICD, until more evidence is available to warrant its classification.”