People are living with HIV for much longer thanks to greatly improved antiretroviral treatments. But they also are at disproportionately high risk for non-communicable diseases which affect everyone  more as they age. Now is the time to tackle both in a more integrated way.

The extraordinary advances in science over the past three decades that led to the development of highly effective antiretrovirals have transformed HIV/AIDS from a death sentence into a chronically manageable disease when supported with appropriate diagnosis and care.

But the rising life expectancy of people living with HIV (PLHIV), and the resultant greying of the HIV epidemic, especially in high-income countries, means that they are as vulnerable to non-communicable diseases (NCDs) as the rest of the ageing population.

In parallel, People living with HIV are also at a disproportionately high risk of some NCDs, creating an HIV-NCD syndemic. For instance, cardiovascular disease is now one of the leading causes of non-AIDS-related morbidity and mortality in PLHIV, who have a two-fold increased risk of cardiovascular disease compared to the rest of the population.

They also are at higher risk of type 2 diabetes and some types of cancer – for example, there is a nearly six-fold increased risk for cervical cancer among women living with HIV.

The disease landscape has shifted drastically over the past decade. NCDs and injuries are emerging as the leading causes of death and disability, in large part due to global progress made in reducing mortality associated with infectious diseases like malaria, tuberculosis and HIV/AIDS.

South Africa, home to the largest population of people living with HIV in the world, also has the highest prevalence of diabetes in sub-Saharan Africa. One in eight South Africans (4.5 million people) are living with diabetes, double the number of less than five years ago.

Deaths due to diabetes reached nearly 90 000 in 2019, double the figure of a decade earlier. AIDS takes the lives of some 125 000 South Africans each year. There is an inevitable intersection between the two diseases as there is between other NCDs such as hypertension and cardiovascular disease. If we are serious about reducing the shifting disease burden for this and future generations, it can’t be business as usual.

Keeping people living with HIV healthy will require a new integrated approach to disease management that better reflects a person’s health throughout their life course, shifting the focus away from the single health crisis or condition that leads them to seek care in the first instance.

This emerging approach was given impetus for the first time at last year’s United Nations General Assembly High-Level Meeting on AIDS and reinforced in a recently published report.

On the ground, there are some good examples of HIV/NCD integration. The Cervical Cancer Prevention Program in Zambia (CCPPZ) is the first-ever cervical cancer prevention initiative for women living with HIV to be funded by the US President’s Emergency Plan for AIDS Relief (PEPFAR).

The cervical cancer screening services began with two public sector clinics in the country’s capital city (Lusaka) in 2006, and a decade later CCPPZ was operational in 33 government-run health facilities across all of Zambia’s 10 provinces, serving women regardless of HIV status.

By 2015, the program had screened over 200,000 women, and that year it was adopted as the Ministry of Health’s official cervical cancer prevention programme. By focusing initially on women living with HIV, the programme was able to first reach those who were at highest risk of cervical cancer.

A collaboration between Partners in Health and the Malawi Ministry of Health to decentralise HIV/AIDS services in Neno, one of Malawi’s poorest rural districts, in 2007, is another good example of integration. The initiative used community outreach events to identify patients requiring HIV care and mobilise them to go to one of the district’s 12 primary health centres, with active home-based follow-up and support provided by a team of 900+ trained and mentored community health workers.

Specialised HIV/AIDS treatment and care, for those who required it, was available via referral linkages with the district’s two hospital facilities. The initiative proved highly successful with more than 62 per cent of the total expected district population of PLHIV enrolled in the programme by the end of 2015, and a treatment retention rate of more than 85%.

The programme was then expanded in early 2015 to an Integrated Chronic Care Clinic, providing comprehensive integrated primary care for a range of chronic conditions – including HIV, hypertension, asthma, epilepsy, diabetes and mental health. With political and institutional commitment, initiatives may well become the rule and not the exception for future HIV management across the African region and beyond.

Katie Dain is the CEO of the NCD Alliance. 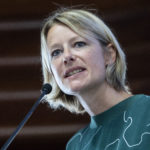 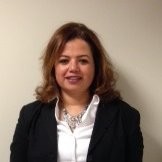 Related
Buyers United: How Low- and Middle-Income Countries Can Get a Better Deal on Pharmaceuticals
Inside View
Protecting Children: 10 Years of Seasonal Malaria Chemoprevention
Inside View
From Davos to Geneva: Taking Hepatitis Seriously
Inside View

Related
Buyers United: How Low- and Middle-Income Countries Can Get a Better Deal on Pharmaceuticals
Inside View
Protecting Children: 10 Years of Seasonal Malaria Chemoprevention
Inside View
From Davos to Geneva: Taking Hepatitis Seriously
Inside View