The Global Fund to Fight HIV/AIDs, Tuberculosis, and Malaria’s Sixth Replenishment Conference opens Wednesday in Lyon, France with the aim to secure some US$14 billion in funding for the next three years to tackle the world’s most deadly infectious diseases.

But while French President Emmanuel Macron prepared to host a carefully-orchestrated high-level event Thursday, strongly publicized by star-studded celebrity support, concrete pledges from donors so far were only about 41% towards the US$14 billion goal, said a Global Fund Advocates network of civil society organizations tracking the pledges.

And the needle didn’t change much more on Monday, even after Denmark committed some DKK350 million (US$51 million) to the Replenishment drive, for an increase of 16% over its last pledge cycle. The Danish announcement followed a Swedish commitment last Thursday for about SEK 2.85 billion, or around US$290 million to the Global Fund.

On Tuesday, a series of pre-conference events are set to focus on themes ranging from scaling up synergies on innovation, to gender equity and universal health coverage, reflecting on the Global Fund’s expanding role both within and beyond initiatives on the “big 3” diseases – HIV/AIDs, tuberculosis, and malaria.

Although the Global Fund was founded in the Millennium Development Goal era to target the major communicable diseases of HIV/AIDs, tuberculosis, and malaria, the agency has been trying to re-brand itself as an institution that takes a more holistic approach to health in the period of Sustainable Development Goals, highlighting the roles it’s programs have in supporting non-disease specific health systems strengthening.

Other health policy leaders have supported this trend. The Global Fund has helped support “robust, primary-healthcare systems” through its network of grants and support, wrote Dr. Tedros Adhanom Ghebreyesus, director-general of the World Health Organization and former Chair of the Global Fund Board, in an Op-ed for Asharq Al-awsat (translated from Arabic). “It is our duty. It is everyone’s duty. We cannot achieve the Sustainable Development Goals without replenishing the Global Fund,” Tedros said.

At the same time, Global Fund leaders and its key supporters continue to stress the importance of tackling the “big three” diseases, which still count among the most significant health threats to low- and lower-middle income countries.

“HIV, tuberculosis and malaria are the most deadly diseases globally, and while we see progress in many areas, some people are still being left behind – not least women and girls,” said Denmark’s Minister for Development Cooperation Rasmus Prehn, in a press release.

Calls To Step Up The Pledges

“Giving through bilateral programs is not enough. Only by acting together can we step up and win this fight!” Elton John, singer and HIV activist, tweeted his support for the Global Fund replenishment. John appeared at a “Make Music Day” event with Macron appealing to donor governments to increase their pledges earlier this year.

John is one of eight celebrities that launched a highly publicized petition calling on the international community to “step up the fight” to help the Global Fund reach its replenishment goal. The petition has over 70,000 signatures to date, with French football player Amandine Henry, South African-American comedian Trevor Noah, Actress Charlize Theron, and British artist Ed Sheeran as only a few of the celebrity signatories.

Portugal was the first country to increase its pledge to a total of US $750,000, almost triple that of its last commitment. Since then, more than 11 major donors have followed in those footsteps, all increasing their pledges by between 5% and 230% over the next three years.

Still, some countries, such as Malta and Argentina, have yet to give to the Global Fund, and significant donors have held out from publicly upping their commitments. The United States, which has contributed about a third of the Fund’s total commitments since its inception and is the top donor to the Global Fund, has not yet announced its commitment. Concerns about the Trump administration slashing Global Fund funding will likely be allayed at the pledging conference, said Friends of the Global Fund, where it is expected that the US government will increase their pledge by 15%, matching incremental increases from major donors like Canada, the European Union, and Scandinavian countries like Norway and Sweden.

Critics of the United States’ foreign aid policies have pointed to French President Emmanuel Macron’s commitment to multilateral aid as “a rare exception” to stagnating or declining global health spending. Yet France, the second largest public donor to the Fund and the host of the Sixth Replenishment Conference, has not increased its pledge to the Global Fund since 2010.

France must show that “multilateralism is not just a good intention,” said civil society group Friends of the Global Fund Europe, calling for France to increase its pledge by 25%.

The final replenishment pledges will be announced Thursday morning, following addresses from Pete Aguilar of the US House of Representatives, African Heads of State, Macron, and a message from Secretary-General of the United Nations António Guterres.

The Global Fund released a report last month claiming that it had saved 32 million lives since 2000. However, by reaching the full pledge of $14 billion over the next three years, the Global Fund claims it can accelerate efforts to save an additional 16 million, slash the mortality rate from HIV/AIDs, TB and malaria in half, and strengthen health systems by 2023. 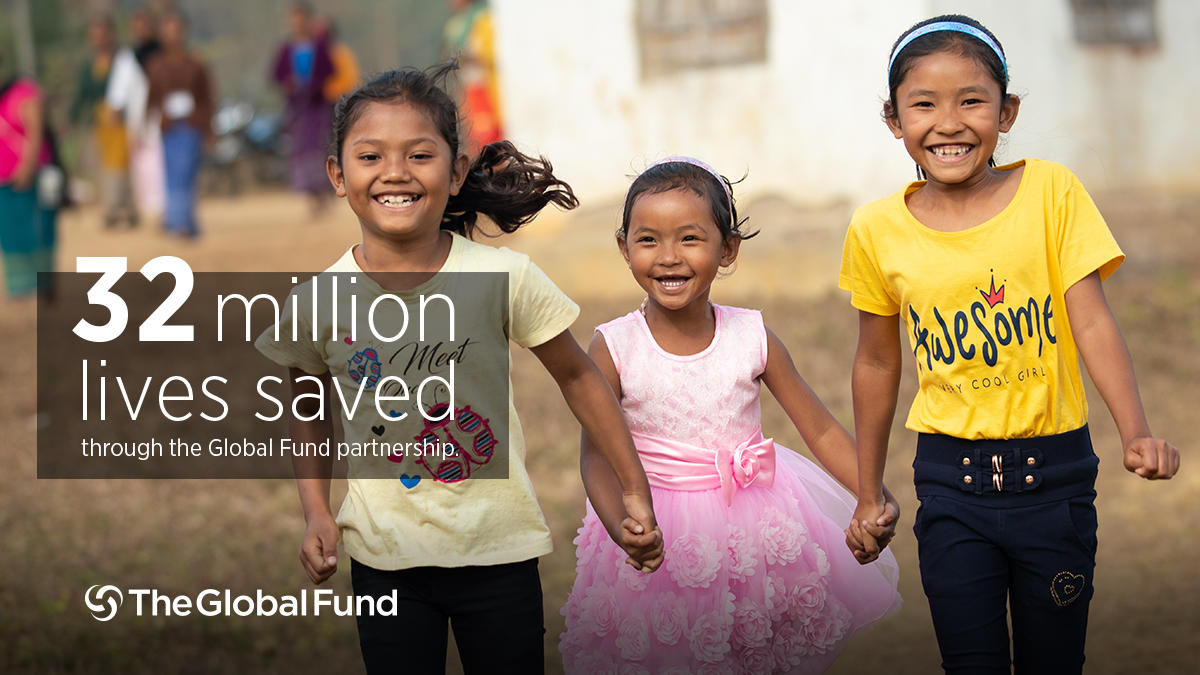 But it is clear that the agency is also trying to rebrand itself as a player not only in vertical disease control programmes, but also as an agency that promotes health systems strengthening and universal health coverage expansion .

As the WHO Director-General pointed out, the Global Fund is also playing a key role in strengthening health systems with grants used not only to support disease-specific activities but also general healthcare training, such as training for over 40,000 community healthcare workers in Ethiopia, and “expanding access to preventive and curative services for HIV, tuberculosis and malaria, as well as child and maternal health services, and basic detection of noncommunicable diseases.”

The side events scheduled for the pre-conference session Tuesday, as well as events on the first official conference day Wednesday, will discuss the Fund’s collaborations with a range of other UN and civil society organizations, and its role in expanding Universal Health Coverage (UHC), in line with the new policy emphasis on a more integrated approach to health and health systems.

Tuesday and Wednesday’s pre-conference events include forums on topics such as:  “Scaling up Synergies between the Global Fund and Innovators to break down barriers to health innovation” co-sponsored by Medicines for Malaria Venture and six other product development partnerships, “Situating HIV/AIDS, tuberculosis and malaria and Global Fund advocacy within the UHC narrative,” “For a feminist approach to the fight against HIV/AIDS,” and “Universal Health Coverage & HIV – The Potential Impact of Collaborative Innovations with Viral Hepatitis Elimination”.