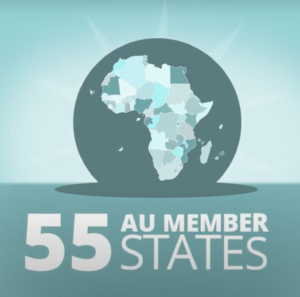 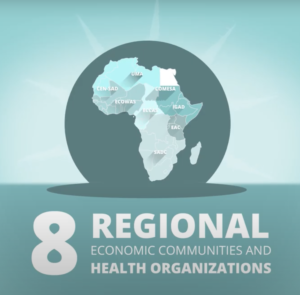 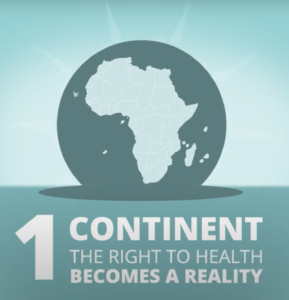 Civil society organizations, pharmaceutical industries, and other stakeholders support the ratification of the AMA Treaty.

On the two-year anniversary of the establishment of the African Medicines Agency (AMA) Treaty, over 40 patient and civil society organizations, health and pharmaceutical industries, and product development partnerships called upon African Union member states to ratify the Treaty.

Rapidly ratifying the Treaty, which was created to provide a unified approach to the approval of new medicines and vaccines, is a “matter of priority” and the failure to do so undermines patients’ access to effective therapies and vaccines, according to the numerous stakeholders representing patients, researchers and industry leaders.

The Treaty was adopted at the 32nd African Union Assembly to enhance regulatory oversight across the continent’s 54 countries. It has been signed by 19 countries but only ratified by eight out of the required 15.

“A cornerstone of this plan is that each Member State must have a competent institutional, legislative, policy, practice and standards framework in place for the regulation of safe and quality innovative medicines, health devices and other health products. The African Union, like the European Union and its European Medicines Agency, can ensure that all 54 African countries can place this cornerstone of their UHC together at the same time,” he added.

The AMA has a critical role to play, particularly in the midst of the COVID-19 pandemic, when a competent and efficient regulatory authority – similar to the European Medicines Agency or the US Food and Drug Administration – is needed to review, approve and monitor vaccines, therapeutics, diagnostics and health technologies.

“If we had the AMA, it would be working very closely with the WHO and other bodies to facilitate regulatory issues on drugs to help control the COVID-19 pandemic” and to ensure their rapid and streamlined introduction to markets, said John Nkengasong, Director of the Africa Centres for Disease Control and Prevention, at press briefing in October.

As COVAX, the global initiative to procure and equitably distribute COVID-19 vaccines, prepares to start shipping 90 million doses to Africa in February, the continent is almost two months behind vaccine rollouts that began in Europe and the US in December.

“That is precisely what the AMA’s mission will be: to help African countries fight disease outbreaks by ensuring that only high-quality drugs, vaccines, and other health-related supplies reach the market and health systems from Cape to Cairo,” said Sehmi in a press release.

Similarly, disruptions in the approval or rollout of vaccines could be investigated and solved by a regional regulatory agency. South Africa’s decision on Sunday to halt its use of the Oxford/AstraZeneca vaccine will have serious implications for massive African vaccine rollouts planned by both the WHO co-sponsored COVAX facility as well as the African Union’s dedicated African Vaccine Acquisition Task Team (AVATT).

“The events this weekend, with South Africa suspending the AstraZeneca vaccinations and seeking new information and advice from the manufacturer and European medicines regulatory agencies, is exactly what we wanted to avoid in our call to action,” Ellos Lodzeni, Treasurer of the IAPO Governing Board and founder of the Patient and Community Welfare Foundation of Malawi, told Health Policy Watch.

“This has left vaccination programmes in the rest of Africa in a limbo. The African Medicines Agency could have been that competent pan-African medicines regulatory agency that could have resolved this matter very early. The African Union must have a competent regional medicines regulatory agency that can help us build back better faster and safer,” Lodzeni said.

While progress has been made over the past couple of months on increasing the ratification of the Treaty, less than half of countries that have signed it have ratified it and established it as part of their national law. Only eight countries have ratified the agreement – Rwanda, Mali, Burkina Faso, Ghana, Seychelles, Guinea, Morocco, and Namibia.

Leading southern and eastern African nations, such as South Africa, Kenya, Uganda, and Tanzania, along with Cameroon, Nigeria, and Egypt have yet to sign onto the Treaty.

Regional Challenges and Aims of the AMA

Over a quarter of the continent’s medicines are substandard or falsified, while only 2% are produced in Africa, according to the African Union Development Agency New Partnership for Africa’s Development (AUDA-NEPAD).

Weak regulatory systems have led to the circulation of falsified or substandard products, which pose a risk to public health and undermine confidence in health systems. The current network of separate national regulatory authorities has resulted in slow processes for new medicines to be approved by each country – time that is severely lacking during a public health emergency.

“No single country has enough resources and capability to efficiently and effectively regulate the whole supply chain system alone in this globalised world,” said Karim Bendhaou, who heads Africa Affairs for Merck and is chair of the IFPMA’s Africa Engagement Committee.

The main aims of the AMA are to:

“The establishment of the African Medicines Agency is a critical next step to enable all patients in Africa to have timely access to quality medicines that are safe and effective,” said Adam Aspinall, chair of the Fight the Fakes Alliance.