The Partnership for Healthy Cities – supported by Bloomberg Philanthropies, the World Health Organization and Vital Strategies— on Thursday hosted a VitalTalks webinar on how Chicago in the US and Montevideo in Uruguay developed and implemented various systems to prioritise equity in their COVID-19 recovery plans.

In his opening remarks, WHO Director General Dr Tedros Adhanom Ghebreyesus said the virus has exploited and exacerbated underlying inequalities and that cities have borne the brunt of the pandemic.

“But many cities have also shown how the virus can be brought under control,” said Dr Tedros, adding that with “tailored and consistent use of proven public health measures” some cities were able to mitigate the devastating impact of COVID-19 and the inequalities it brought to the fore.

Tedros called on mayors across the world to implement policies to ensure equitable access to vaccines, with priority given to health workers, the elderly and those with health conditions that put them at higher risk. Health was not a luxury,  said Tedros, but a “fundamental human right and the foundation of social, economic, and political stability”.

“As you rebuild, we need to address the underlying inequalities that have left so many communities vulnerable,” he said.

Protecting The Most Vulnerable

Chicago mayor Lori Lightfoot and Intendant Carolina Cosse of Montevideo shared information about how they mounted response campaigns to support high risk populations, protect the lives of those most vulnerable to COVID-19 and the innovative campaigns they launched to communicate and educate residents about new programmes. 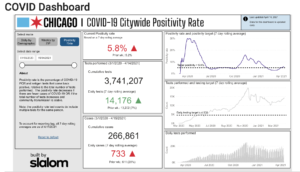 A year ago, Chicago picked up that its Black residents were dying at seven times the rate of any other population group, forcing authorities to prioritise providing these  residents with tools to protect themselves.

“The progress that we’re now benefiting from is a result of that hard work that started over a year ago. I see this as an opportunity for us to build a really permanent foundational infrastructure to work on community health issues in disparities that we’ve all known about. But now we have an opportunity because of COVID, to really make significant progress and reverse the trends,” said Lightfoot.

Chicago relied heavily on data to ensure that the city prioritised the vaccination of healthcare workers and citizens with comorbidities. Its vaccination drive focused on neighbourhoods that were hardest hit by the pandemic, many predominantly Black and Latinx, and the city is now seeing COVID-19  numbers steadily decreasing in these areas for the first time since the pandemic.

Key to the city’s interventions was “listening to our residents” and forming authentic relationships including forming a racial equity rapid response team, said Lightfoot.

Chicago’s residents are divided equally between white, Black and Latinx people, but in some instances, the life expectancy gap between Black and white was 12 years or more, said Lightfoot.

COVID-19’s deadly toll has hit Black and Latinx Chicagoans hardest, accounting for 71% of all deaths, while those groups make up 66% of the city’s population, according to city data.

One of the challenges that the city faced, Lightfoot said, was that many people of colour did not have adequate access to healthcare and COVID-19 infections were disproportionately affecting Black residents.

“I said to my team at that time, we need to dig into this. We can’t look away, but we also can’t do temporary Band Aid solutions,” said Lightfoot.

The formation of the racial equity rapid response team saw the city partner with a community health care organisation that had already been working on this issue.

Chicago also relies heavily on a data dashboard which is updated daily to follow and understand the pandemic in real time. The dashboard tracks daily COVID-19 positive rates, deaths, hospitalisations, ICU admissions and the number of people on ventilators across the city. All this information is shared with the public.

Another intervention called “the doctor is in” involves a medical doctor fielding  COVID-19 questions from residents on Facebook Live. At first offered only in English, the service is now available in Spanish.

“We know that the only way that we’re going to calm people’s fears and educate them about the things that they can do to protect themselves is by being 100%, transparent, but meeting them where they are in the moment, using trusted community partners, and that has served us well here in Chicago.”

Montevideo drew on its history of working with partners to prevent non-communicable diseases to address the pandemic.

Cosse said they reinforced existing policies and legislation to help with the fight the pandemic and developed an ABC emergency plan. The ABC plan, among other things, promotes gender equality, and helps with food distribution and housing.

The city had extensive public communications campaigns, including dedicated telephone lines to assist its residents with any COVID-19 related queries or counselling. Many people, especially the elderly who did not have access to the Internet, used the telephone lines to ask about preventative measures, vaccines and testing centres.

Cosse said while they were not responsible for vaccine distribution, they assisted 23  polyclinics in Montevideo with staff and mobile gear.

Lightfoot said there was no “playbook” on how to manage cities during a pandemic.

Partnerships and collaborations with various stakeholders was vital to fighting the pandemic on various levels, she said.

“I think the mayors have to be the center of gravity for what’s happening, but bringing other people to the table that are necessary to address vaccine hesitancy, For example, we’ve done everything from celebrities talking about vaccines, you know, athletes, entertainers.” 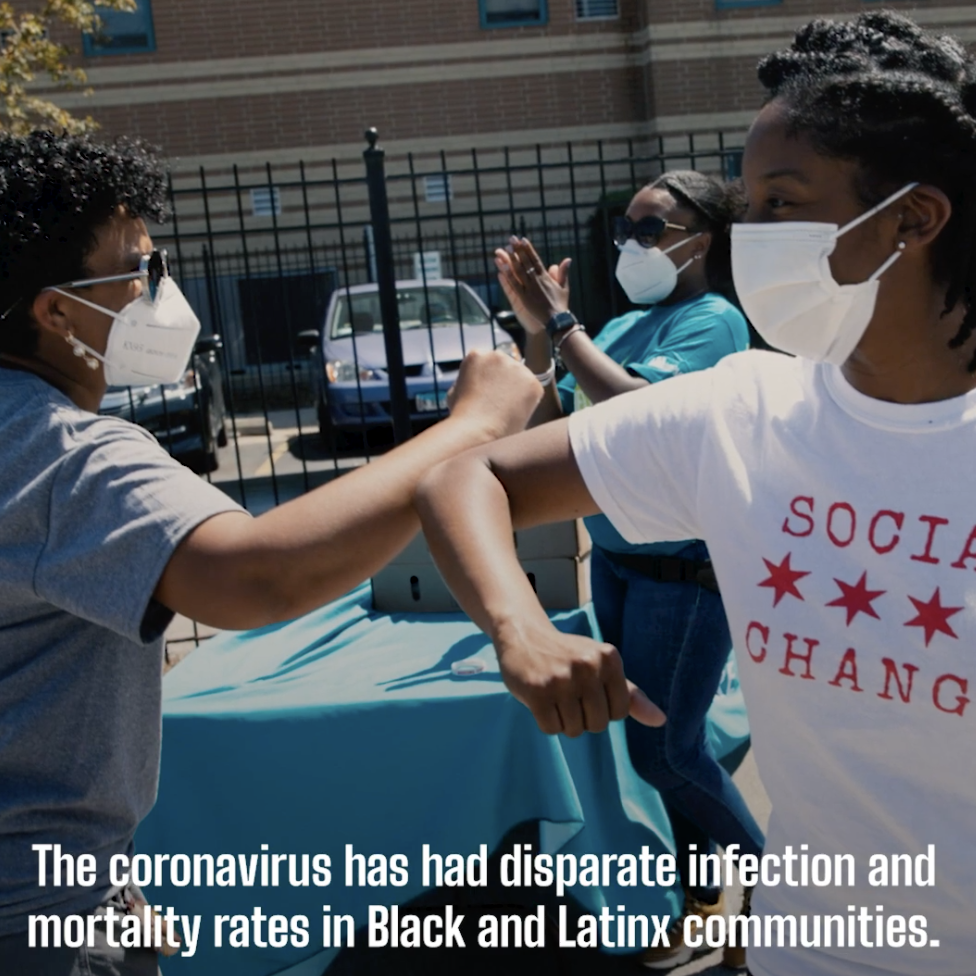 Lightfoot said her city was able to provide a robust response because as the  Department of Public Health had proper systems in place.

“You remember the early days of this pandemic, where people were flying around with suitcases of money to find personal protective equipment and mass ventilators? We didn’t have that struggle in Chicago, because we have a robust public health structure, ” said Lightfoot.

But more importantly, she said, following the data and transparency about decision making was “critical”.

“People have been carrying a lot of burdens over this last year. We treated people like adults, and we’ve done it with data, and science. Without rebelling in the way that we’ve seen in other parts of the world, is because we told them the truth.”

For Cosse, it was about cities having holistic responses to healthcare provision and finding a working solution between science, education and the economy.