The first biosimilar of the blockbuster breast cancer drug trastuzumab is being prepared for launch in United States, following a decision by the Food and Drug Administration (FDA) to approve it earlier this month. The product, Ogivri, has been created by a joint venture between US Mylan and Indian company Biocon.

The biosimilar is so-called because it is highly similar to an original registered pharmaceutical product that was derived from biological and living sources. That so-called reference product is branded Herceptin and made by Swiss company Roche. It was approved in September 1998 and is manufactured for Roche by Genentech. Ogivri is now officially deemed to be so similar to Herceptin, for example, it has no meaningful differences in terms of safety and effectiveness, according to the FDA. 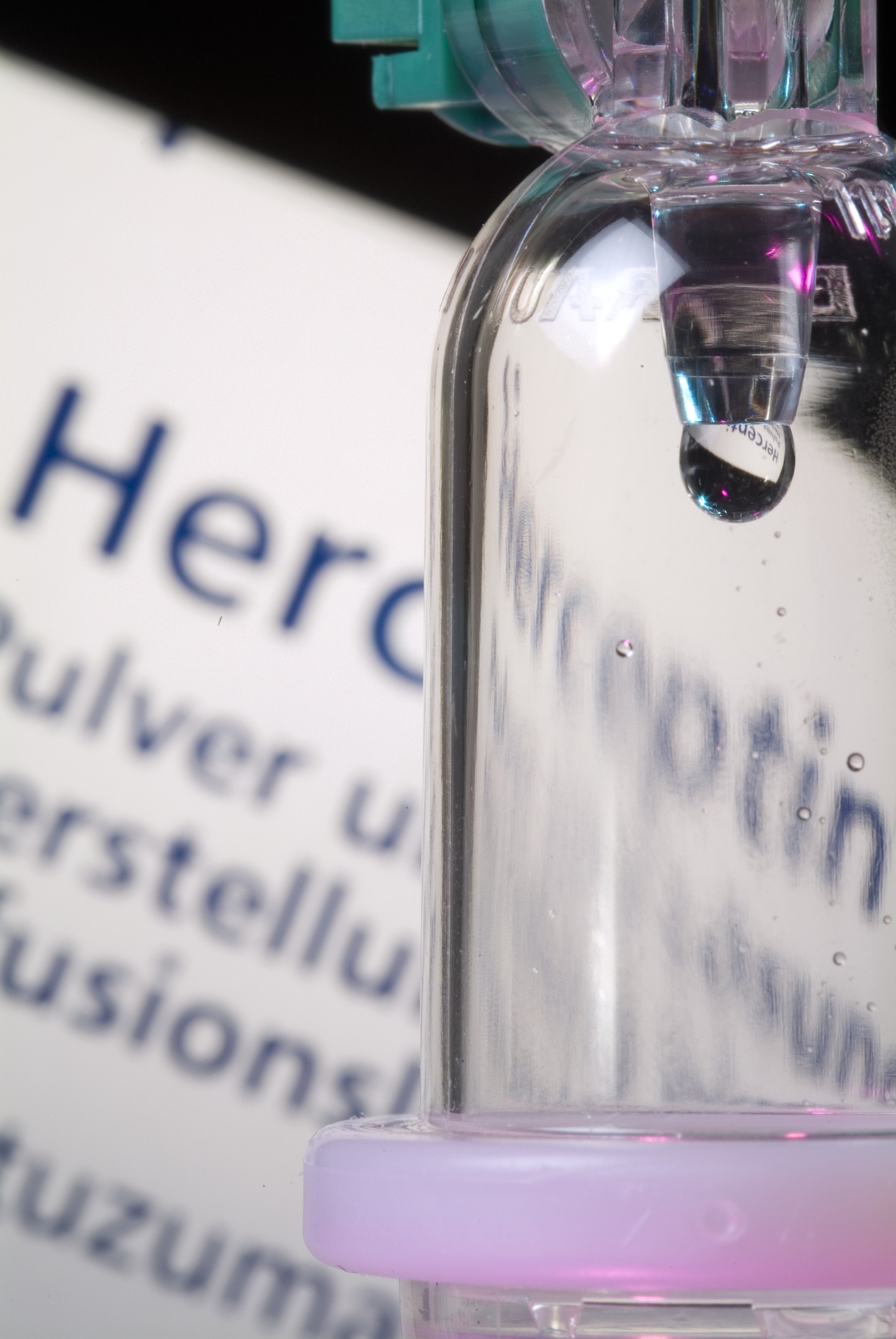 Demand for trastuzumab is growing. It is particularly effective at treating certain kinds of breast cancers that affect around a fifth of all those with the disease. And given that breast cancer is the second most common cancer in the world – with an estimated 1.67 million new cancer cases diagnosed in 2012, the market is extremely important.

The drug is so in demand, that it has been placed (IPW, IP & Health, 8 May 2015) on the WHO Essential Medicines List, intended to guide governments on the important medicines they should make available to their populations.

The US approval, however, is just one of many planned worldwide. Mylan said it will commercialise the product in the US, Canada, Japan, Australia, New Zealand and in the European Union and European Free Trade Association countries. Biocon will share commercialization rights with Mylan for the product in the rest of the world. Biocon says it began selling trastuzumab in emerging markets in last year and has already been approved in 19 countries, but would not specify which.

Interestingly, the two companies use different brands in different markets. Biocon’s trastuzumab is branded CANMAb in India, where it launched in 2014. Mylan has a version of trastuzumab in India too. Although it is manufactured by Biocon, it is called Hertraz. In the US, and several high-income markets Mylan will use the brand Ogivri.

Biocon has said it is, “providing, increased access to this more affordable biologic for cancer patients.” According to the Biocon’s annual report, CANMAb has helped treat several thousand HER2-positive metastatic breast cancer patients in India since its launch in 2014. (India had an estimated 145,000 new breast cancer cases in 2012 alone, according to Globocan, a project to collect cancer data by the International Agency for Research on Cancer, a specialized cancer agency of the World Health Organization.).

More competition is good according to Bishal Gyawali, a medical oncologist from Nepal and commentator on access to cancer medicines in low and middle-income countries. “The reason we are excited about biosimilars is not because we think they’ll help to bring the price of the original molecule down but because the biosimilars themselves will cost less,” he said. “Thus, many patients who would otherwise not be able to afford the drug would now be able to afford the biosimilars.”

Certainly, Roche has come under fire from activists who say its prices are too high for many breast cancer sufferers in the markets it serves. In February, 108 organisations – including cancer and AIDS NGOs – sent a letter to Roche calling for more access.

They also argued the many patent litigation cases it has brought makes access to these drugs even worse. They named India, where many disputes have taken place. Roche took the companies to court to stop them marketing their drugs as biosimilars to Herceptin (IPW, Health & IP, 2 May 2016). But Mylan and Biocon asked the Competition Commission of India [pdf] on 21 April this year, to investigate whether Roche and its manufacturing partner Genentech have engaged in practices that have abused their dominant position according to Indian competition law.

That said, Mylan announced in March that it had agreed a global licence with both Roche and Genentech enabling it to launch trastuzumab around the world, commencing on specified dates. The terms of the deal and the dates of these launches are being kept confidential. All that’s known is that these licences pertain to all countries except Japan, Brazil and Mexico. In return, Mylan agreed to withdraw challenges against two US Genentech patents as part of the settlement.

Now, the focus turns to how competition from me-too trastuzumab products will reduce prices in these markets.

Commentators say that they do not expect much of a price drop, at least initially. In high income markets, for example, prices are expected to be just slightly below that of Herceptin. Ellen ‘t Hoen, of Medicines Law & Policy, a legal and policy group working to ensure the availability of effective, safe and affordable medicines for all, said price reductions only really increase as the number of competitors increase.

“After patent expiry one can expect the price of biogeneric medicines to go down when multiple biogeneric versions become available. If there is only one competitor the price reduction will be limited,” she said.

That’s certainly the case in India, where there are believed to be around seven versions of trastuzumab on the market.

According to legal documents submitted to the Competition Commission of India, when it first launched Herceptin was priced at Rs120,000 (rupees) per 440mg vial. Prices plummeted after Roche’s patent disappeared in 2013 (it stopped payments, and lost the patent) and Herceptin was withdrawn from the Indian market in September 2012. It introduced two lower-cost versions of trastuzumab – branded Biceltis and Herclon – with Indian partners at USD 1270 (Rs. 75,000) per 440 mg vial.

But prices have dropped further, but not far enough however. “The current price, despite availability of biosimilars, is still cost prohibitive to majority of patients here. In LMICs [low and middle-income countries] like India and Nepal, more than 90% of HER2 positive breast cancer patients still don’t receive a life-saving drug like Herceptin simply because it’s cost prohibitive,” said Gyawali.

He told Intellectual Property Watch: “The reduction in price of the original Herceptin molecule in India with the introduction of biosimilar is praiseworthy and satisfying. However, it’s sad because there is no further price competition and reduction in prices even when 7 biosimilars were available.”

Biocon has reacted, saying that its launch in 2014 precipitated a massive drop in prices. At launch, it cost India at Rs 57,500 per 440 mg unit.

“It would be important to indicate that the reference product price was significantly reduced by the innovator in anticipation of competition and was around a third of that in Europe and the US,” said a spokesperson for Biocon. “This meant CANMAb’s price at the time of its launch in India was a small fraction of global trastuzumab prices.”

It reckons it also introduced smaller vials – 150 mg priced at Rs 19,500 – to make its drugs more affordable. “The availability of 150 mg multi-dose vial allowed patients to save money by buying smaller quantities as per their precise requirements, and storing unused products for their next dose rather than wasting them,” she said.

She added that trastuzumab prices have been further regulated by the Indian government, including Roche’s. The price caps are widely reported as around Rs 55,800.

Medicines Law & Policy’s t ’Hoen, said that in many other countries where there is a trastuzumab patent, biosimilars’ business relies instead on patent expiry. But that this is unfair on patients. “We cannot accept a two-tier access reality where poor people only have access to ‘off patent’ drugs years after they have been brought to market,” she said. “The real challenge is to ensure that new essential medicines, including biologics, become available and affordable well before the patent expires.”

And because trastuzumab is on the WHO Model List of Essential Medicines, it’s imperative for governments to ensure it is available, she added. “This means that companies – brand or generic – should put programs in place to ensure this cancer drug is available to people in need,” she said. “If this does not happen governments need to intervene.”