The World Health Organization (WHO) Europe region sidestepped criticism of Denmark’s decision to permanently stop administering the AstraZeneca vaccine, saying the country’s low population numbers and low COVID-19 positivity rate of under 1% allowed for a lot of room to manoeuvre.

“Denmark has had an ability to bring down cases to really controlled levels, has  widespread testing, and has a testing positivity rate of significantly under 1%, which means that they are quite confident in their current ability to control COVID-19 in the country. So I think that’s something that really has to be made very specifically in the context of any discussions around Denmark and its decisions around vaccination,” said Smallwood, adding that the country had managed to bring down COVID-19 levels since the beginning of the year.

At the same time Smallwood and WHO Regional Director Hans Kluge reaffirmed WHO’s confidence in the overall safety of the AstraZeneca vaccine, saying there is far more risk of blood clots from COVID-19 infections, than from the vaccine.

But in light of the decision, Kluge urged the Danish government to share its surplus AstraZeneca vaccines with other countries in need.

Denmark Is First Country To Permanently Halt AstraZeneca Use

Denmark on Wednesday became the first country to permanently stop administering the AstraZeneca vaccine, a month after suspending its use following reports that a small number of recipients had developed a rare but serious blood-clotting disorder.

Announcing the decision, Danish health director general Dr Soeren Brostroem, said Denmark was able to halt use of the vaccine because it had the pandemic under control and could rely on two other vaccines, from Pfizer and Moderna.

Their decision, said Brostroem, was “based on the scientific findings, our overall assessment is there is a real risk of severe side effects associated with using the Covid-19 vaccine from AstraZeneca”.

“If Denmark were in a completely different situation and in the midst of a violent third outbreak, for example, and a health care system under pressure,” he added, “then I would not hesitate to use the vaccine, even if there were rare but severe complications associated with using it.”

The country initially suspended the use of the vaccine on March 11, along with Iceland and Norway. Several other European countries, including France, Germany and Italy, followed suit last month.

Siddharta Datta, WHO-Europe vaccination expert, said they were keen to learn from Denmark’s monitoring and reporting systems of safety events that led to this decision.

“Countries, not only Denmark, or any of all our 53 Member States would have a system in place so that they can monitor any of the safety events, and then make a decision. The countries are suffering  to look into their own data and then make a decision. We are keen to learn from Denmark into this whole process on the investigated results, and thereafter,” said Datta.

With a population of 5.8 million, Denmark has managed to contain the pandemic. As of Wednesday, Denmark had recorded 2,447 Covid-related deaths.

Asked to comment on what European countries, including Denmark, should do with the excess vaccines that are not being used,  Kluge said he had discussed the issue of donating or reselling Denmark’s excess vaccines with Dr. Susan Brewster, the Director General of the Danish Board of Health. Kluge said he is of the understanding that Denmark was “already looking into options of sharing”.

Kluge however stressed that “safety is paramount” for WHO, and said among the 200 million people who had been vaccinated with AstraZeneca, only a “very small number” of blood clotting had been reported. He urged member states to report any adverse events that may occur following vaccination, as early as possible.

WHO was also monitoring reports of thrombo-embolic events in a small number of people who were administered with the Johnson and Johnson vaccine and will in due course communicate motoring reports on it.

To date, 171 million doses of seven COVID-19 vaccines and products have been administered in WHO’s European region, which also includes Turkey, Israel and republics of the former Soviet Union. Some  13% of the European population have received at least one vaccine dose, while close to 6% have completed a two-dose vaccine series. Among European Union countries, WHO singled out Greece for already vaccinating 1.6 million people – or 16% of the population – with at least one dose, while 7% are fully covered.

Green Passports Could Lead to Prioritisation of Vaccines for Travellers 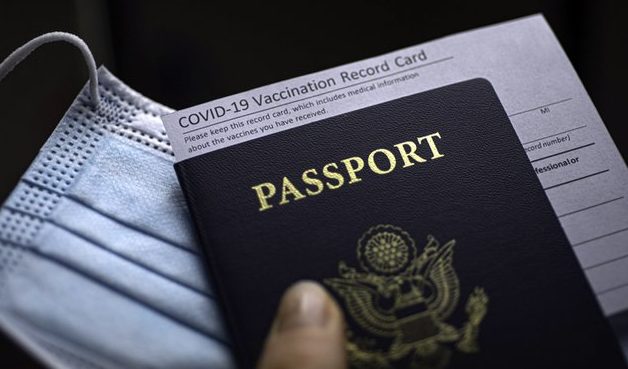 Kluge also reiterated WHO position opposing Europe’s creation of “green passports” for travel – repeating statements made just after the European Commission outlined proposals for the EU’s “digital green pass” – which would allow travellers who have been vaccinated, or recovered from COVID-19, to move freely without being subject to quarantine.

Kluge said that WHO is concerned such a rule could lead to the prioritisation of vaccines for international travellers, rather than health workers, older people or other priority groups.

“We do not encourage at this stage that getting a vaccination determines whether you can travel internationally or not,” said Kluge at the time.

Kluge however said it “extremely important that we have documentation of the people who are vaccinated…or the vaccination effectiveness”, but that it should not be called a passport.

WHO was currently examining the political, ethical and legal aspects of the digital green card to minimise inequalities, said Kluge.  Greece has already signed a bilateral agreement with Israel to allow vaccinated or recovered travellers to move freely between the two countries. The country’s tourism sector re-opens mid-May.

Greek Minister for Health, Dr Vassilis Kikilias, Minister of Health of Greece, also attended the press briefing, to announce the creation of a new WHO quality of care centre  in Athens.

He said the centre will serve the needs of countries of the south eastern part of the  region, and the Mediterranean basin, focusing on technical assistance, support and leadership on quality of care and patient safety.