Children and adolescents diagnosed with tuberculosis (TB) will benefit from a set of new guidelines that aim to shorten the treatment plan, expand preventative care, and introduce better diagnostic testing and treatments.

The World Health Organisation (WHO) today released a new set of ‘game-changer’ guidelines where children and adolescents with non-severe forms of drug-susceptible TB will now be treated for four months instead of six months. The guidelines come on the back of World TB Day on March 24, and underscore the fact that children and adolescents have fallen behind adults when it comes to prevention and care associated with the disease. The theme this year for World TB Day is ‘Invest to End TB. Save Lives.’

“The WHO guidelines issued today are a game-changer for children and adolescents, helping them get diagnosed and access to care sooner, leading to better outcomes and cutting transmission. The priority now is to rapidly expand implementation of the guidance across countries to save young lives and avert suffering,” said Dr Tereza Kasaeva, Director of WHO’s Global TB Programme.

Non-invasive stool samples and rapid molecular diagnostics like Xpert machines are now recommended as the initial TB tests for children and adolescents to make the process less traumatic.

Children and young adolescents aged under 15 years represent about 11% of all people with TB globally, which means that 1.1 million young people under the age of 15 years are diagnosed with TB every year, and over 225,000 of them lose their lives.

The Geneva-based organisation also announced that it had recommended the reduction in treatment for non-severe forms of drug-susceptible TB by one-third to just four months instead of six months.

In case of TB meningitis, the treatment regimen has been halved to six months from 12 months to promote a patient-centred approach that will reduce the costs of TB care for children, adolescents and their families.

Over 60% of children and teens with TB are estimated not to have accessed life-saving diagnosis and treatments in 2020. The number stood at 72% for children under the age of five.

“This [shortening] will allow children and adolescents with less severe forms of TB to resume schooling and their normal lives earlier and shorter treatment will also save costs for affected families and the healthcare system,” said Dr Kerri Viney, team leader for vulnerable populations in the WHO’s Global TB Programme.

The new guidelines also recommend the use of the newest TB medicines – bedaquiline and delamanid – to treat drug-resistant TB in children of all ages, including newborn babies. This means that children with drug-resistant TB will receive a regimen that consists only of oral medicines, regardless of their age.

“There is no longer a need for painful injections that can have serious side effects, including deafness,” said Viney.

However, the WHO said that, from lessons learnt during the COVID-19 research, there is a need to catalyse investment and action to accelerate the development of new tools, especially new TB vaccines.

WHO is intensifying efforts to shape the TB vaccines agenda in collaboration with other partners with a high level push this year through a global summit, Kasaeva said.

Currently, the only vaccine available for TB is the BCG vaccine which is “not so effective” and can only protect children in the early ages, Kasaeva told Health Policy Watch.

“We have nine vaccines [which are] quite advanced in our pipeline. We are working actively with new actors and new platforms like mRNA platforms and we can see that there is growing interest for the development of TB vaccines,” she said, adding that it was “quite possible” that the development of new, more effective TB vaccines will be prioritized before 2025.

‘No more excuses’ to invest in ending TB

Global spending on TB diagnostic treatment and prevention services fell from $5.8 billion to $5.3 billion in 2020. This is less than half of the global target of $13 billion annual spending by 2022.

“Investing in the fight against tuberculosis is a no-brainer development target,” said Kasaeva. “No more excuses and delays in prioritizing and investing to end one of the top infectious killers,” she said. 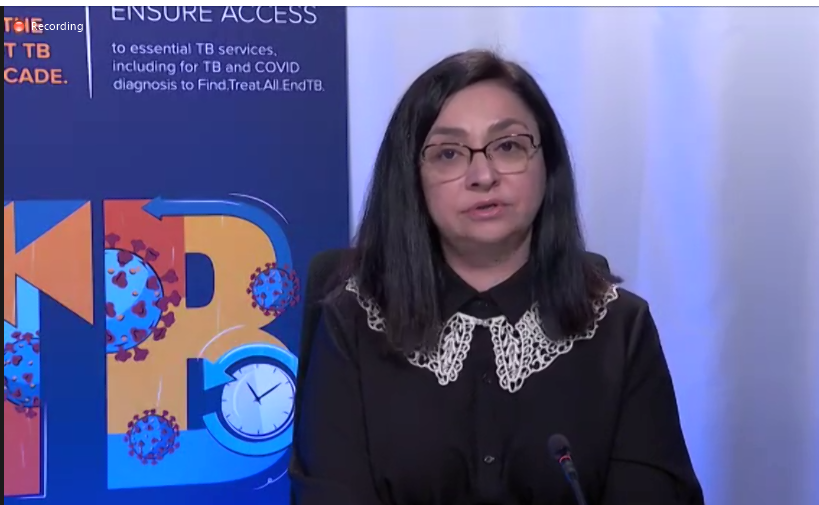 She added that financing for TB research must more than double to enable the discovery of new tools including vaccines, and to scale up life-saving innovation. “We need to invest in sustaining essential TB services during the COVID-19 pandemic and ongoing conflicts to ensure that gains made in the fight against TB are not reversed.”

Kasaeva added that as per studies, “ending TB by 2030 can lead to avoiding 23.8 million tuberculosis deaths and almost $13 trillion in economic losses.”