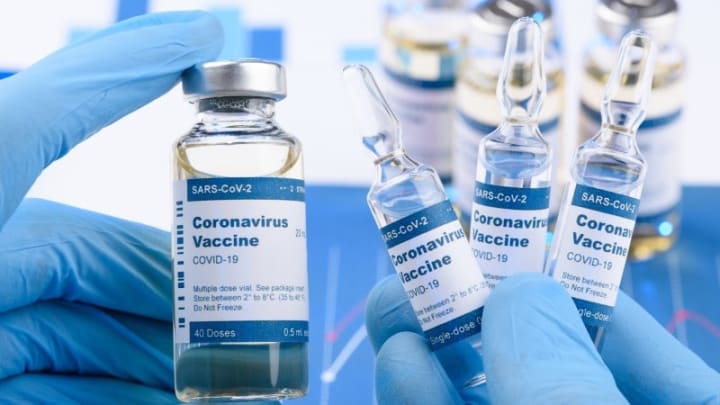 DELHI – In a twin bid to get ahead of a surging COVID-19 epidemic, the Indian government said that it will make “advance payments” totally some US$ 550 million to domestic COVID-19 vaccine makers – as well as opening up the market to private sector import and sales of other approved COVID-19 vaccines.

Under the plan, the Serum Institute of India, which is producing the AstraZeneca vaccine (Covishield) will be given an advance of Rs 300 billion rupees (US $400 million) and Bharat Biotech, the Hyderabad-based company producing an India-made vaccine, called Covaxin, will receive a 150 billion rupees ($US 200 million) advance.

At the same time, domestic vaccine manufacturers will be able to sell up to 50% of the vaccines that they produce on the private market – to further incentivize the production ramp-up, the government said.

And imported vaccines by other manufacturers can also be imported and sold privately – after the government fast-tracks emergency approval.

Finally, the Indian government said it would change its vaccine eligibility policy – allowing for all adults to be vaccinated as of Monday – as another measure to accelerate vaccinations.

India has a population of 1.38 billion, including about 966 million adults over the age of 18 – but so far only about 127 million vaccine doses have been administered – with only about 17 million people receiving two doses.  And until this week, only  health workers, essential workers, and people over the age of 45 had been allowed to get the vaccinations.

As per the new policy, the Indian government said that domestic vaccine makers may supply up to 50% of their doses for India to the open market or to individual state governments within India. Half the doses will be earmarked for the Central Indian government.

Foreign-manufactured vaccines, including those approved by United States and European regulatory agencies (as well as the recently Indian-approved Sputnik) may also be allowed to be sold in the private market. Both the vaccine makers and private hospitals can fix their prices for the doses sold in the open market – apparently without government controls, although they must be reported transparently.

Just a couple of weeks ago, the Serum Institute’s Adar Poonawala had lamented in an interview given to NDTV that the company was unable to  make “super-profits” via exports – and the consequent lack of capital was hampering the capacity of the institute to scale up its production. He clarified that he was making profits selling vaccines (about 2 dollars per dose) to the Indian government, but the profit margin was not big enough. The Serum Institute had earlier sold the vaccine doses to the Uganda government for three times more than European Union.

R Ramakumar, a professor at the Centre for Study of Developing Economies in Tata Institute of Social Sciences, Mumbai questioned this move in an editorial for Scroll.in and said that this policy will drive up the price of vaccines “excluding millions of (Indian) people from voluntarily coming forward to take the vaccine.”

On Wednesday, just after getting permission to sell vaccines on the private market, the Serum Institute posted the new prices that it would charge for the AstraZeneca vaccine – equal to about US$ 8 a dose in private hospitals and US $5 a dose for Indian state government facilities. In comparison, the central government will still pay the original price of $US 2 per dose.

The vaccine price hikes prompted an immediate backlash from social and health advocates on social media.

“This is unacceptable” said one comment. The Centre [central government] must buy vaccines and distribute in a transparent, equitable manner free to states.  For 70 years India always had a free, universal vaccine programme.”

“Is the Serum Institute setting vaccine policy now?” tweeted Malini Aisola, co-convenor of All India Drug Action Network (AIDAN). She noted that SI had set the price without even engaging in a procurement process with the State governments.

What does this mean: "Post 4-5 months, the vaccines will be made available in retail and free trade."

Poonawala said that he will be able to renew vaccine supplies to COVAX by June or July,  provided he is able to ramp up production. SII had sought funds from the Indian government to increase its monthly capacity from up to 65 million currently to more than 100 million doses per month.

On behalf of the vaccine industry in India, I would like to thank and applaud Shri @narendramodi Ji, @nsitharaman Ji, for your decisive policy changes and swift financial aid which will help vaccine production and distribution in India. https://t.co/NedjaFLsx9

He attributed the delay in ramping up the production due to the massive fire at Serum Institute’s facility in Pune and the sudden increase in demand by India owing to a massive surge of cases. At the time of the fire, Poonawala had earlier claimed that the damaged unit was a brand new facility which was to be used for future production of BCG and Rotavirus vaccine.

In order to provide the new support for domestic vaccine production, the Indian Finance Ministry offered credit to the two Indian manufacturing companies without the usual guarantee requirements, the Indian Express reported.

India is currently seeing more than 200,000  COVID-19 cases per day. Many cities of the country have experienced stock outs of vaccines. In addition to halting COVAX supplies, the Indian government has also delayed bilateral vaccine exports to other countries, on account of the shortfall of vaccines in India.

Delay in Supply to COVAX

As of Monday, some 38.7  million doses had been distributed through the COVAX facility, said senior WHO advisor Bruce Aylward in a press conference Monday evening. These were mostly sourced from India’s Serum Institute in February and March before the current infection surge – although he acknowledged continuing uncertainty about when SII exports through COVAX could fully resume.

But, Serum Institute’s Poonawala said that their company is giving its entire capacity of production to India.

“It has been difficult to explain to other countries that for a temporary period of two months we need to prioritise the needs of India over contractual obligations,” Poonawala told CNBC-TV-18 in the first week of April.

“The severe and sheer burden in cases in India, demands that we service the needs of our nation first. At least for two months and then we review the situation going forward,” Poonawala said.

Respected @POTUS, if we are to truly unite in beating this virus, on behalf of the vaccine industry outside the U.S., I humbly request you to lift the embargo of raw material exports out of the U.S. so that vaccine production can ramp up. Your administration has the details. 🙏🙏

Poonawala had also sought lifting of embargo of raw material exports from the US, including filters and cell culture media which are relevant for the COVID-19 vaccines.

Indian public health experts, however, have criticised both the Indian government, and international agencies for not anticipating vaccine shortages of this kind.  – leading to stock outs in several parts of India and a shortfall of doses promised to other developing countries that were reliant on Serum Institute’s stocks of the AstraZeneca vaccine.

Rohit Malpani, a public health consultant based in Paris said that there is always a risk inherent to the structuring of the international vaccine market in such a way that a large proportion  of the vaccines destined for low and middle income countries, provided by COVAX or bilaterally,  come  from India.

“There was always a possibility or risk that eventually India would in itself require vaccines from its domestic production.” said Malpani, who also represents non-governmental organisations on the Board of Unitaid.

High income governments have felt the pinch as well. The UK government bought 5 million Covishield (the locally produced AstraZeneca vaccine) doses in the first week of March. However, the Serum Institute could not supply 5 million more after the Indian government delayed SII exports. The UK government then claimed that their vaccine roll out had been hampered as a result – although Indian observers said this is unjustified insofar as the UK has so far managed to vaccinate some 30% of its eligible population. The Canadian government also  bought about 5 million doses from Serum Institute early March.

“The COVAX initiative did not anticipate that companies would go to the highest bidder [to sell vaccines]. They expected countries to share the vaccines. This has turned out wrong,” said Malpani.

In an op-ed in The Guardian, access to medicine Indian activists Achal Prabhala and Leena Menghaney blamed the production shortage firstly on the decision of Oxford University to reneg on an earlier commitment to keep their vaccine technology as open-source, and sign over exclusive rights to AstraZeneca, “acting on advice from the Gates Foundation.”

“Oxford University should have stuck to its plans of allowing anyone, anywhere, to make its vaccine. AstraZeneca and Covax should have licensed as many manufacturers in as many countries as they could to make enough vaccines for the world,” the op-ed by Prabhala and Menghaney stated.

In a recent interview, a senior Gates official denied that charge – saying that while the Foundation had assisted Oxford in finding a suitable pharma partner to scale up R&D – it had not intervened on the details of the license that Oxford signed with AstraZeneca.

Malpani said that the international agencies need to think about what changes can be put in place to ensure that we do not have similar problems of inequitable distribution of vaccines again in the future.

He said, “If we do not make changes in the way the market is structured, how vaccines are produced..if we do not learn from these problems then criticism is very much warranted.”