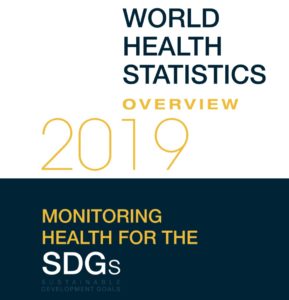 This year’s World Health Statistics Overview, which compiles health statistics for WHO’s 194 Member States, also found that overall, women outlive men everywhere in the world, particularly in high-income countries; but for low-income countries, this gap between men and women is much smaller.

This is primarily due to the lower access women have to maternal health services in low-income countries, where one in 41 women die in childbirth, as compared to one in 3,300 women in high-income countries.

The 2019 report summarises global incidence of leading diseases, disease risks and life expectancy, reports on progress towards achieving the health-related 2030 Sustainable Development Goals (SDGs), and is the first edition to present data on disease and average life expectancy for men and women separately.

It is being published just ahead of World Health Day, 7 April, which this year is focusing on primary health care as the foundation of universal health coverage (UHC). The WHO considers access to health care as key to closing the large gaps in life expectancy between men and women, as well as between countries.

“One of WHO’s triple billion goals is for 1 billion more people to have universal health coverage by 2023,” Dr Tedros Adhanom Ghebreyesus, WHO Director-General, said, quoted in a WHO press release. “This means improving access to services, especially at community level, and making sure those services are accessible, affordable, and effective for everyone – regardless of their gender.”

“These statistics underscore the need to prioritize primary health care urgently to effectively manage noncommunicable diseases, and to curb risk factors,” Dr Samira Asma, WHO Assistant Director General for Data, Analytics and Delivery, was quoted as saying in the release.

The report notes that some of the factors that lead to the difference in life expectancy between men and women are biological, while other factors are environmental and societal. This difference, it says, is also impacted by the availability and uptake of health services across countries.

“Breaking down data by age, sex and income group is vital for understanding who is being left behind and why,” Dr Tedros said, quoted in the release.

“Behind every number in the World Health Statistics is a person, a family, a community or a nation,” he said. “Our task is to use these data to make evidence-based policy decisions that move us closer to a healthier, safer, fairer world for everyone.”

The Road Towards Achieving UHC and the SDGs

The findings of the report, particularly the disaggregation of cause of death and life expectancy outcomes between men and women, highlight the importance of contextual differences in designing appropriate and effective policies for achieving UHC.

“It’s important that the solutions that are unearthed through the disaggregation process are context-specific,” Dr Shannon Barkley, Technical officer and expert in primary health care at the WHO, told Health Policy Watch, noting that there are many other disaggregations that can be done to shed more light on who is potentially being left behind.

“We see that in low-income countries women are still dying at unacceptably high-rates, and disproportionately high-rates, through maternal-related causes. And that requires a much different health systems response… than does the other end of the spectrum, where in middle- and high-income countries you start to see a much higher shift towards the impact of noncommunicable diseases on increased mortality for men and earlier mortality for men,” she said.

To achieve UHC, she said, it is important to design health services that are context-specific, that “give everyone the same benefit for health prevention and health promotion, but also that are specifically available to outreach to those communities that are in most risk by nature of their position in society, and that’s a really critical part of us to being able to reach the SDGs.” 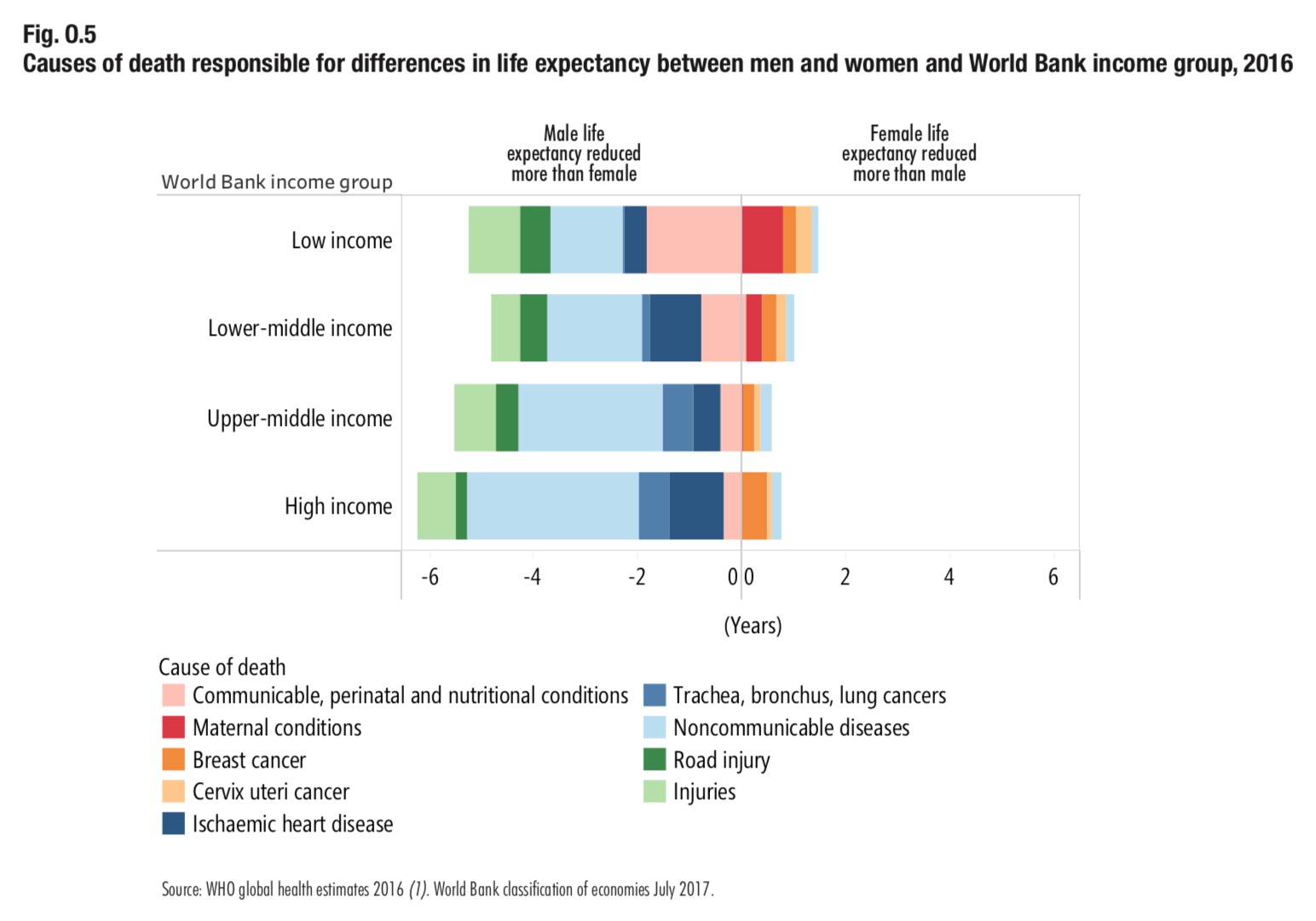 For five of the reported indicators, “progress has stalled or trends are in the wrong direction,” it says. These indicators include: road traffic mortality, childhood overweight, malaria incidence, alcohol consumption, water sector official development assistance (ODA), and catastrophic health spending.

Of the eight health-related indicators with explicit targets for 2030, the report states that only two of those indicators, under-5 mortality rate and neonatal mortality rate, are on track to meet 2030 targets.

In the forward of the report, Dr Tedros noted that “many countries lack the health information systems they need to accurately monitor health trends and inform decision making.” In response to this, he said, “WHO is creating an entirely new process for strategic policy dialogue with countries, using evidence and information strategically to drive change.”

“We will continue to work with countries to strengthen their information systems for health and generate better data. We will also build a modern data backbone that allows sharing and analysis of data among the three levels of the organization and countries. And we will make investments to strengthen analytical capacity at all levels, to identify trends, make projections, and support acceleration of progress toward achieving health targets,” he said.

“Collecting, analyzing, and using good quality, disaggregated data is central to improving people’s health and wellbeing. Health policy and practice must be underpinned by robust and reliable data, generated in countries,” Dr. Richard Cibulskis, the report’s main author, said, quoted in the release.

Due to gaps in the data, the analysis presented is not exhaustive, the authors acknowledge.

However, they nonetheless expressed hope that this analysis will “raise awareness of some critical sex and gender differences in health outcomes, highlight the importance of those differences in the attainment of the SDGs, and encourage the roles of sex and gender to be systematically taken into account when collecting data, analysing health situations, formulating policies and designing health programmes.”