Somewhere between 10 and 14 million people are living with  viral hepatitis B (HBV)  or hepatitis C (HCV) in WHO’s European region alone.  And over three quarters of those people do not even know they have either disease.

It’s no surprise then, that approximately 300 people die each day due to HBV and HCV -related disease in WHO’s 53 European region countries, the majority related to cirrhosis and liver cancer.

If we are to be better prepared  for  future pandemics we need to seriously step up efforts to end other infectious diseases such as HIV, malaria, tuberculosis and viral hepatitis. Ending those diseases helps to strengthen health systems, supply chains, surveillance and increase access to essential health services, like screening, testing, contact tracing and access to essential medicines and life-saving antiviral drugs for hepatitis B and C, antiretroviral drugs  and vaccines.  But as the response to COVID-19 has demonstrated, it’s how quickly we act that counts. Vaccines have transformed the pandemic´s response. Scientific advances, properly implemented, can help us to transition out of any number of diseases.

In the European post-COVID recovery, we now need to drive towards elimination of viral hepatitis as a preventable and curable disease – addressing a major public health problem and setting an example for the rest of the world.

As we conclude the Viral Hepatitis Elimination 2022 special conference Friday, 25 February, organized by the European Association for the Study of the Liver, it is a good time to reflect on the successes and challenges seen in the battle against viral hepatitis over the past few years.

We´ve had a vaccine for Hepatitis B (HBV)  for over a half a century. The introduction of HBV vaccination in the 1990s among newborns was a landmark event in hepatology; this intervention has had a marked positive effect on reducing liver cancer by preventing HBV infection in children. Hepatitis C  virus  (HCV),  identified only in 1989, is now curable thanks to the introduction  of  oral  direct acting  antiviral drugs.

Just 10 countries among the 53 member states in WHO’s European region – which spans the continent from the United Kingdom to the central Asian republics of the former Soviet Union (FSU), account for three quarters  of the total viral hepatitis burden. Most of this burden is in eastern Europe and FSU nations.

Robust estimates of incidence and prevalence of chronic HBV and HCV infection remain challenging even in countries with well-developed surveillance systems, due to the high frequency of asymptomatic and thus largely undiagnosed infections, the scarcity of formal screening programmes, and poor access to diagnostic testing.

Although vaccination has reduced the prevalence of HBV in children, vaccination programmes will not alleviate the large existing burden of chronic HBV infection in older generations. Thus, many countries, such as Bulgaria and Romania, still have a heavy disease burden in older cohorts. Furthermore, low-endemic countries in  Europe with an overall HBV prevalence of less than one per cent among the general population have rates of HBV infection in foreign-born immigrants of up to five per cent, contributing to an important fraction of the total number of  HBV cases in these countries. The 2030 goal of preventing new cases of chronic HBV infection in Europe requires widespread birth dose vaccination and additional interventions, including third trimester nucleoside analogue prophylaxis, to prevent mother-to-child transmission from mothers with high viral load.

A scarcity of consistent and efficient screening programmes for viral hepatitis C combined with the high costs of drugs due to variable European reimbursement systems result in reduced access to treatment and delays in hepatitis C elimination programmes.

These challenges resonate through European hepatology given the ageing population and changes in demography caused by immigration from areas with a higher prevalence of HBV, HCV, and hepatitis D virus (HDV, also known as hepatitis delta virus). An increase in the prevalence of obesity in younger people and, more generally, liver disorders  associated with low socioeconomic status add to the global burden of liver disease.

Not only in Europe, but worldwide, COVID-19 has disrupted existing viral hepatitis elimination programmes across the cascade of care at a critical juncture, with only nine years left towards WHO-defined elimination goals.

Quarantine and physical distancing for COVID-19 have affected screening, diagnosis, treatment, and harm-reduction programmes. The COVID-19 pandemic has hindered access to hospitals and community clinics for diagnosis and treatment; deferring HCV treatment became an almost universal practice at peaks of the pandemic. Moreover, the incidence of viral hepatitis might have been increased by the reduced activity of harm-reduction centres.

Yet conversely the pandemic also presents  opportunities around infectious disease control that have previously stagnated on health agendas.

The way forward: Testing, treating and access to drugs

The widespread implementation of mass COVID-19 testing has shown that, with political will and adequate investment, population-level screening is feasible. These lessons can and should be applied in the context of viral hepatitis and can be useful to design and strengthen strategies to scale up testing and treatment by point of care testing  for hepatitis C and B.

In countries with high burden of tuberculosis, for instance, the GeneXpert diagnostics long used to identify TB were also used for SARS-2-CoV screening. Why not to do something similar for HBV or HCV? Why not to go that step further and leverage COVID-19 vaccinations efforts to screen for HCV and HBV? A recent pilot study in a suburb of Madrid with a high density of drug use, did just  that.  Nearly 1 out of 10 people tested positive for HCV at the COVID-19 vaccination site.

An economic modeling analysis undertaken for the recent EASL-Lancet  Commission on Liver Disease in Europe indicated HCV elimination in Europe will not be achieved without the scaling up of testing, treatment, and prevention interventions. HCV elimination requires a very high coverage of testing – 90% diagnosis rates by 2030 and more than 80% cent  of infected people treated. It also requires expanded harm-reduction initiatives among people who use drugs (PWID) and thus are among those at highest risk of infection via contaminated needles. Estimates are that meeting the elimination goals would require increased uptake of clean needle and syringe exchange programmes among PWID groups from roughly 12% to 50%.

Another crucial component to achieving HCV elimination is movement of treatment from the hospital  to the primary care or community settings to help ensure that countries have the capacity to treat the increased numbers required and vulnerable populations. In addition, there is increasing evidence that providing treatment in primary care or community settings increases retention in the care cascade and is cost-saving compared with treatment in tertiary settings.

And much like the debate around COVID-19 vaccine inequity, high prices  for licensed HCV treatments are simply another a barrier to ending the disease for those people most affected. Drug  prices are arrived at by negotiations on a country-by-country basis and these negotiations in turn depend on budget allocations but also target treatment numbers and the consequent revenue stream guaranteed to the originators. The United Kingdom is a good example of this.

Harmonisation of pricing will improve transparency and enhance treatment strategies. A post-pandemic Europe needs to adopt policies designed to maximise equitable actions to improve health, ranging from pooled procurement and drug use.

The World Health Assembly has a strategy for the elimination of viral hepatitis as a component of the 2030 Agenda for Sustainable Development but only a few high-income countries are projected to meet that target.  The WHO viral hepatitis elimination aims are, however, achievable. Eliminating viral hepatitis is one of the most achievable health SDG targets. We have the tools to effectively prevent, diagnosis treat and cure viral hepatitis. The science is there. We just need to get on with it.

Maria Buti is the European Policy Councillor at the European Association for the Study of the Liver (EASL). EASL is hosting the Viral Hepatitis Elimination 2022 Summit 24-25 February. 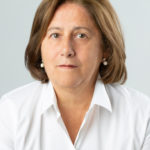 Related
Who Gets To Sit At The Table in Pandemic Treaty Negotiations? Debate Opens Pandora’s Box of Vested Interests
Inside View
Buyers United: How Low- and Middle-Income Countries Can Get a Better Deal on Pharmaceuticals
Inside View
HIV and NCDs: Integrated Care for Better Health and Stronger Systems
Inside View

Related
Who Gets To Sit At The Table in Pandemic Treaty Negotiations? Debate Opens Pandora’s Box of Vested Interests
Inside View
Buyers United: How Low- and Middle-Income Countries Can Get a Better Deal on Pharmaceuticals
Inside View
HIV and NCDs: Integrated Care for Better Health and Stronger Systems
Inside View